We had great weather today for our Store Front walking tour of the East Village and Lower East Side sponsored by the Municipal Art Society of New York. We visited nearly 20 small independently owned businesses and were able to sample foods from many of them as well. 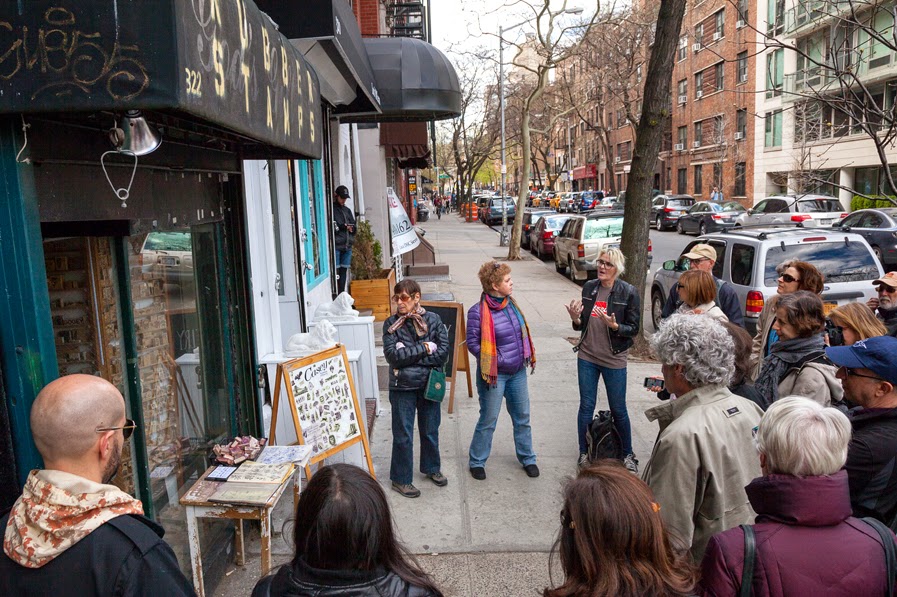 Stopping at Casey's Rubber Stamps in the East Village where hundreds of varieties of handmade rubber stamps are made using real rubber and maple wood: 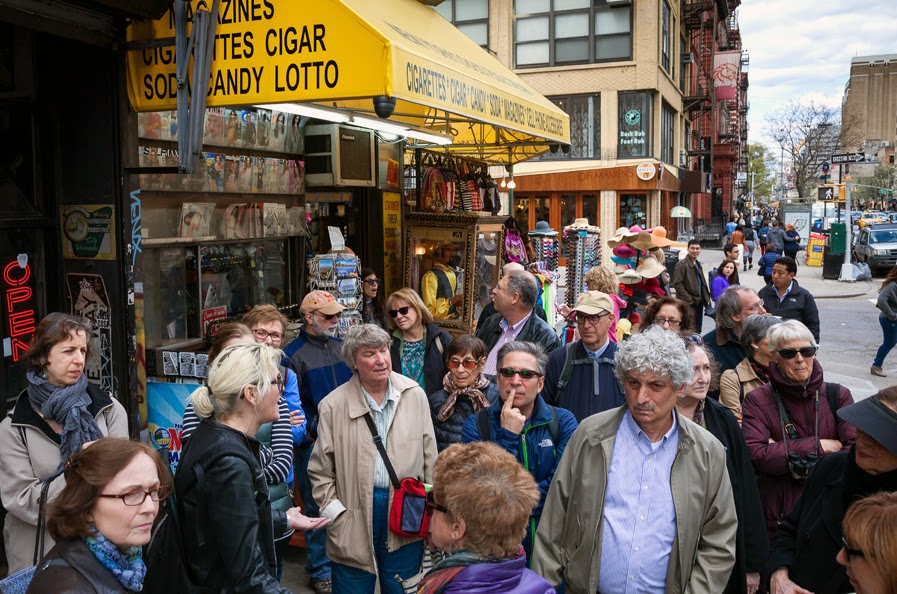 Outside of Gem Spa on Second Avenue which has been in business since 1940 and still serving authentic New York egg creams (with no eggs or cream)! 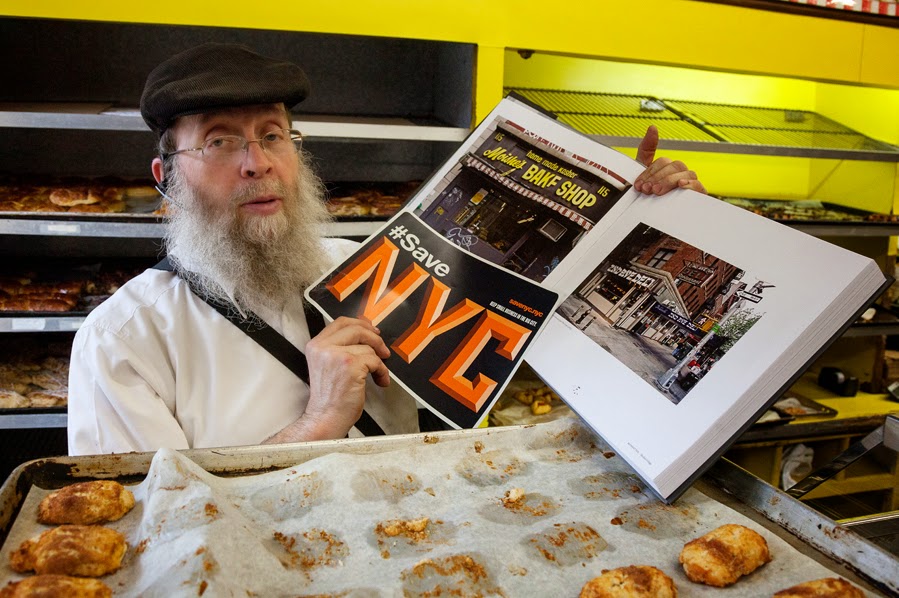 Moishe Perlmutter of Moishe's Kosher Bake Shop on Second Ave. in the East Village supports #saveNYC and shows us love for the photo of his store, taken in 2004, for our book, "Store Front: The Disappearing Face of New York". The original signage was taken down the other week after it sustained damage following the gas explosion. Moishe hopes to re-install it after necessary repairs are made. Thank you to everyone who joined us on our Store Front walking tour of the East Village and Lower East Side sponsored by the Municipal Arts Society of New York. #mas_nyc #bakery
Moishe generously gave out free baked goods to the fireman who were working at the East Village gas explosion site as they searched for survivors. 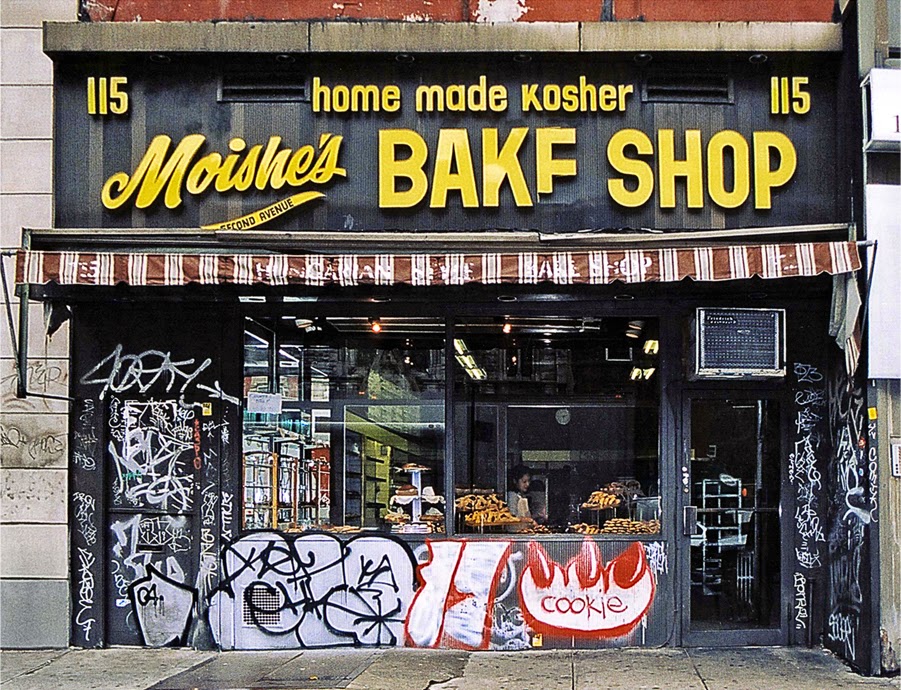 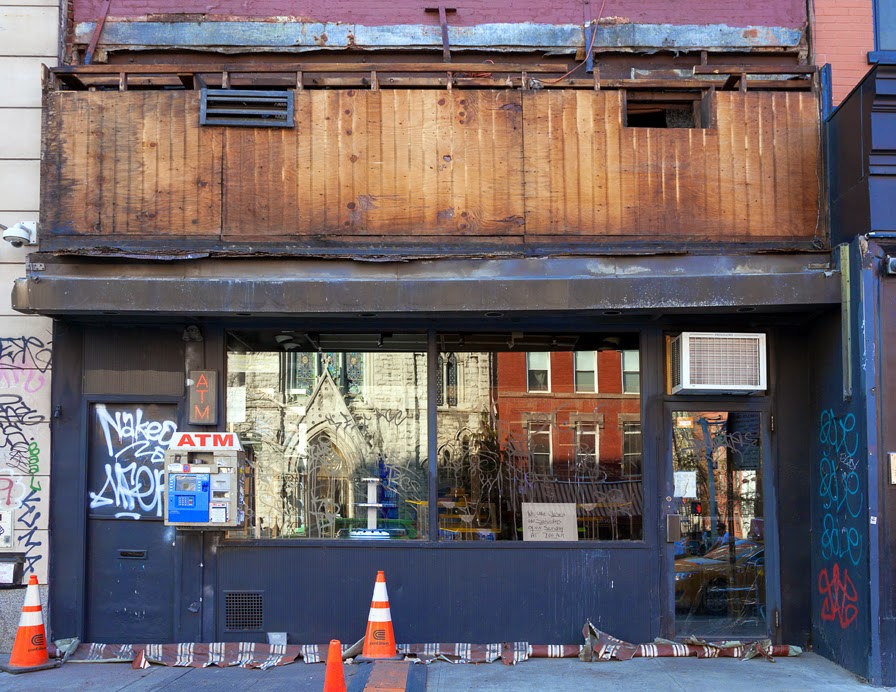 Posted by James and Karla Murray at 3:14 PM