Help support Moishe's Bake Shop which is located only a few hundred feet from the East Village gas explosion site on Second Avenue near East 7th Street. The business is open but difficult to access as it is now behind police barriers due to the ongoing investigation of the site. Moishe, the second-generation owner gave back to the community after the explosion and fire by giving out free cookies to fire officials as they searched through the rubble for survivors.

Moishe's Bake Shop has been in business since 1948. This popular East Village kosher bakery is known for its rugelach, hamantaschen, and challah bread, which are baked in house every day. The second-generation owner Moishe told us that the signage is from 1977 when the business moved to this location from Suffolk Street. Photo is from early 2000s when the neighborhood's storefronts were covered with graffiti. A photo from 2004 which appears in our book "Store Front: The Disappearing Face of New York" is practically devoid of graffiti and in more recent years an ATM has been added to the exterior. 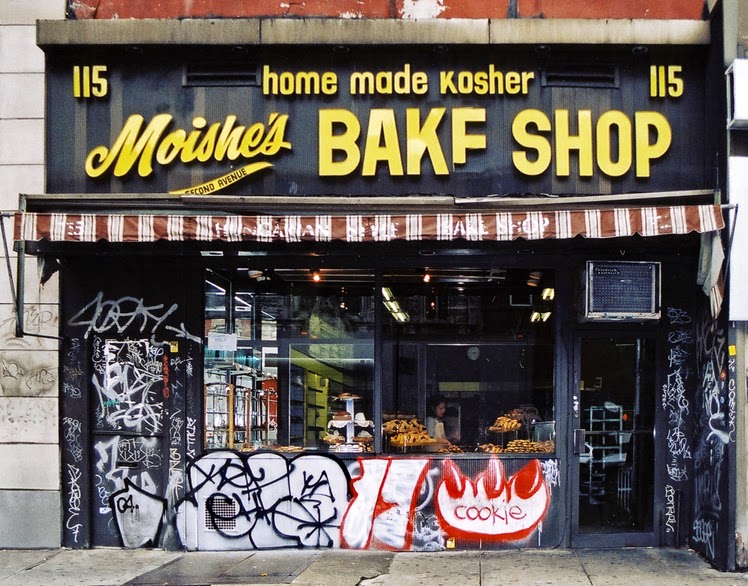