The Pavilion Theatre is a former single screen movie palace that was divided into a nine-screen multiplex theater. It was originally known as the Sanders Theatre when it opened in 1928. It will close soon to make way for a new high-end apartment building development with a proposed smaller space set aside for a new theater showing independent and art-house films.  (Photo from our book NEW YORK NIGHTS) 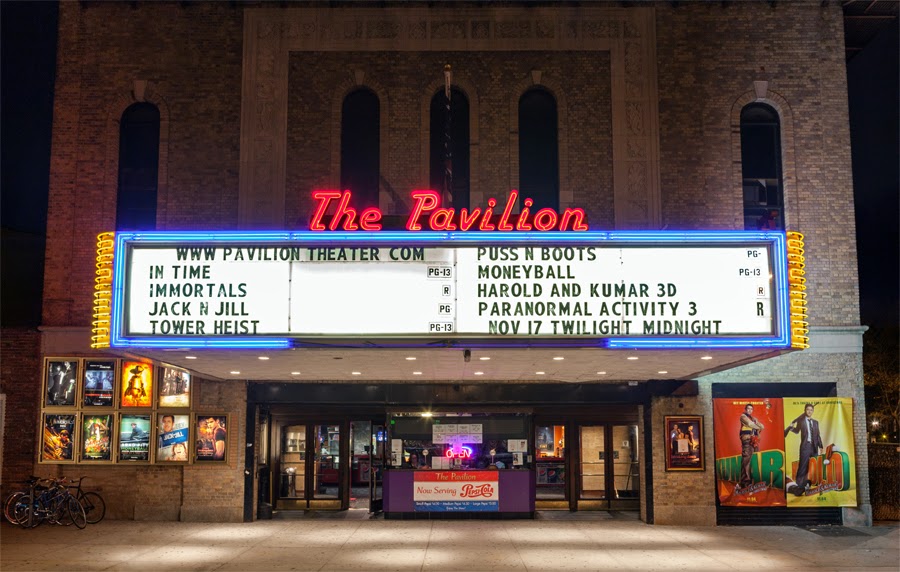 Posted by James and Karla Murray at 12:00 PM