Carbone is an Italian-American restaurant on Thompson Street in Greenwich Village, which opened in 2013. Chefs Mario Carbone and Rich Torrisi took over the space where Rocco Ristorante operated for close to 90 years. The third-generation owner Anthony DaSilva told us when we interviewed him for our book "New York Nights", that he"lost the space because his landlord raised his rent from $8,000 a month to $18,000 a month."
Although we are sad to see Rocco closed after so many years of serving #Italian food in the Village we are happy that the original #neonsign was repurposed for Carbone instead of being thrown away like many other #neon signs which have disappeared from NYC. 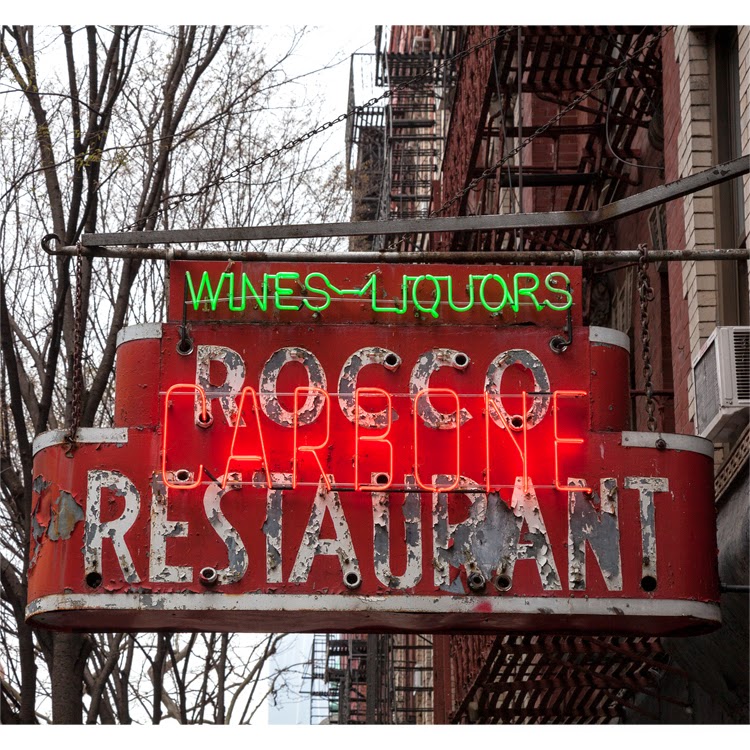 Posted by James and Karla Murray at 7:15 AM