Himalayan Visions is a family-run shop, selling authentic merchandise from India, Nepal and Tibet, which has been in business since 1997. After the Tibetan owners moved to NYC in 1994, they were surprised by the scarcity of goods offered in stores from their native homeland and decided to open this store, selling items including jewelry, mala beads, religious artifacts, statues, meditation supplies.
We encourage you to support this small business which is located just a few doors down from the East Village gas explosion site on Second Avenue. They are open but can only be accessed from one direction (St. Mark's Place at 2nd Ave) as the barriers near 7th Street are in place while the police investigation is ongoing.
Photo from 2001 appears in our book "Store Front: The Disappearing Face of New York" as a long fold-out with all of the other stores which were on this stretch of the block. 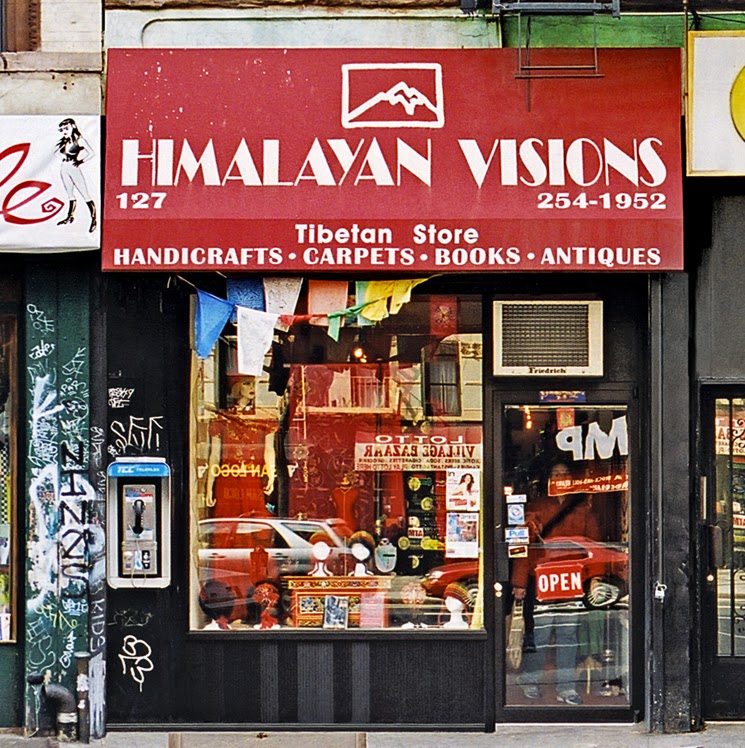 Posted by James and Karla Murray at 9:14 AM