Since the holiday season often involves spending time with extended family members, we are highlighting Susie’s Pies in the Bronx. Susie’s specializes in Pizza 🍕 and Calzones and is family-owned and operated. We can’t recall when we took this #analog photo in the early 2000s if they served a Grandma pie (a square or rectangular pizza with a dense crispy crust that has been cooked in an olive oil-coated pan and is tossed in the oven quickly after it’s been stretched onto the pan ) but many old-school pizzerias like this do as these are the type of pies Italian-American grandmothers make. Notice the phone number on the #signage had no area code listed as this #pizzeria opened while the Bronx was still part of the 212 area code which was created in 1947 to serve all five boroughs. 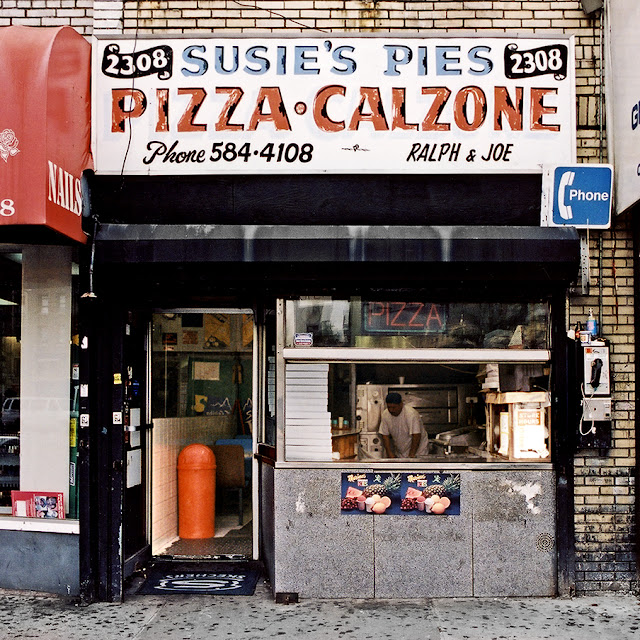 Posted by James and Karla Murray at 7:55 AM