It is said that the tradition of Jewish people eating Chinese food on Christmas Day goes back to the early 1900s when Jews from the Lower East Side would eat at nearby Chinatown restaurants as many other options were closed for the holiday. We are posting one of our favorite historic #Chinatown restaurants, Nom Wah Tea Parlor. @nomwahteaparlor was founded in 1920 as a bakery and tea parlor and soon became popular for its fresh Chinese pastries, steamed buns, 🥟dim sum and teas 🍵. Since 2010 2nd-generation owner Wilson Tang has brought “the family business to the next level...serving dim sum all day long.” Full interview with Wilson and photo from 2010 appears in our book “New York Nights”. 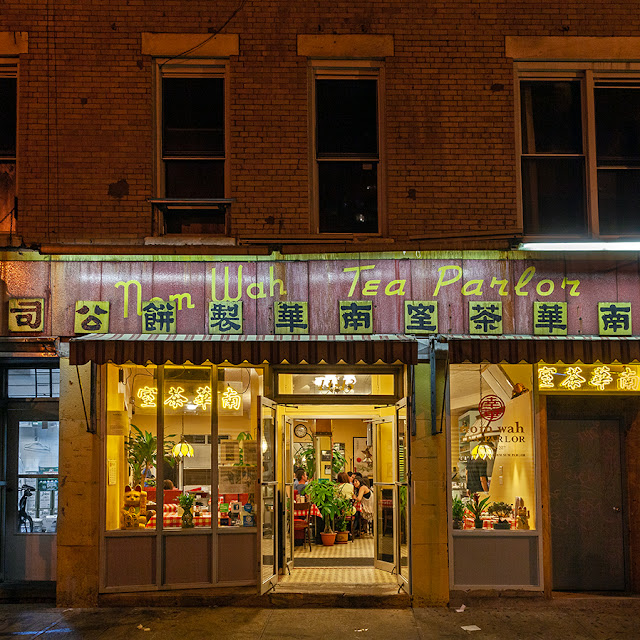 Posted by James and Karla Murray at 7:33 AM