MINETTA TAVERN was established in 1937.

The Tavernwas named after the Minetta Brook, a small stream that ran southwest from 23rd Street to the Hudson River. Minetta Tavern became a famous dining spot for beatniks, celebrities and literary luminaries including Ernest Hemingway, Ezra Pound, Eugene O’ Neill, E.E. Cummings, Dylan Thomas and Joe Gould. Keith McNally, Lee Hanson and Riad Nasr who have worked together on various restaurants since 1997, took over Minetta Tavern in March 2008. They kept the restaurant’s name and historic neon sign and during renovation tried to preserve much of its distinctive interior including the original wood paneling and wooden bar with its stained-glass shelving, murals of Greenwich Village sights and scenes along the walls, as well as pictures of faded celebrities. The menu however was changed to a largely French menu. 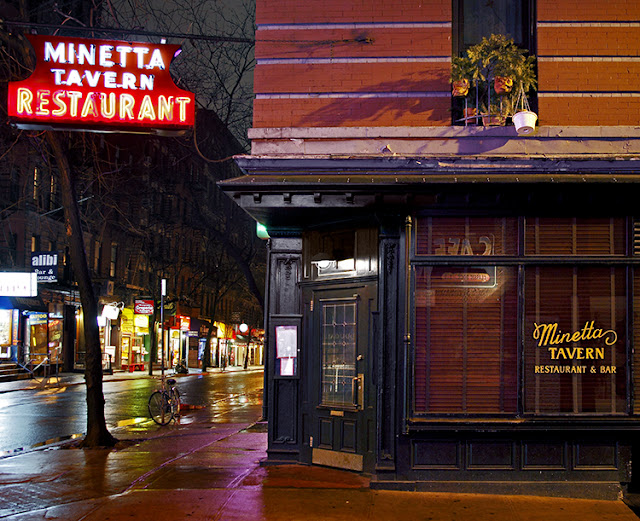 Posted by James and Karla Murray at 7:17 AM