Yesterday, we walked around the Washington Heights neighborhood and were shocked to see how many of the places we had photographed in the early 2000s, were now gone, victims of gentrification and modernization. Reynold’s Bar on Broadway is one such victim. This #Irish bar opened in 1932 and the #neonsign was installed in the 1960s. When we photographed this #divebar in 2004 and interviewed the manager, he told us that it “was the last of the Irish ☘️ bars in the whole neighborhood. There were dozens of them at one time.” Photo and full interview appear in our book “Store Front: The Disappearing Face of New York”. 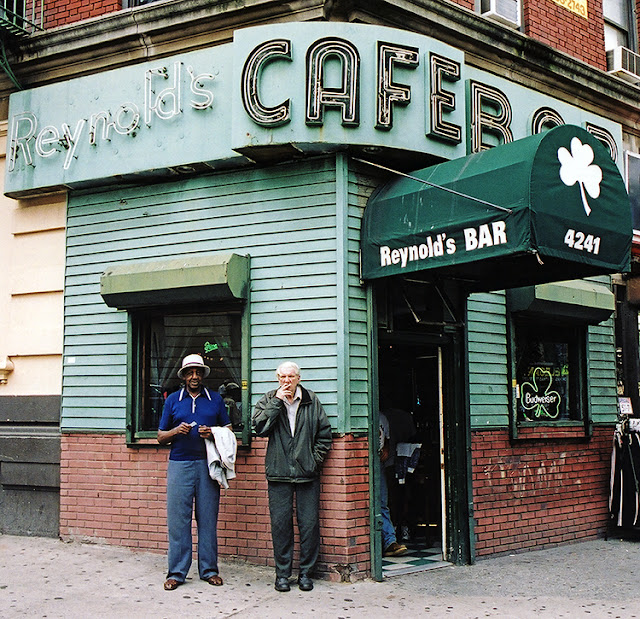 Posted by James and Karla Murray at 2:41 AM