Nick's Luncheonette located at 196 Broadway in Williamsburg, ‪#‎Brooklyn‬ has been closed for as long as we can remember. This photo was taken in the mid 1990s using 35mm film. We looked up the address in the ‪#‎NYC‬ tax photos which are digitally archived and available free of charge and found that the business was closed in 1983 when the tax photo was taken. The building itself was built in 1910 and was owned by I. Bernbluth. Interestingly the tax photo revealed that the ‪#‎signage‬ once had a Coca-Cola logo on it to the right of the ‪#‎luncheonette‬ ‪#‎letters‬ and was a good example of a classic Privilege ‪#‎Sign‬ that was given free of charge to ‪#‎store‬ owners as a promotional marketing campaign. We love how the ‪#‎storefront‬ is covered with rust and ‪#‎graffiti‬. 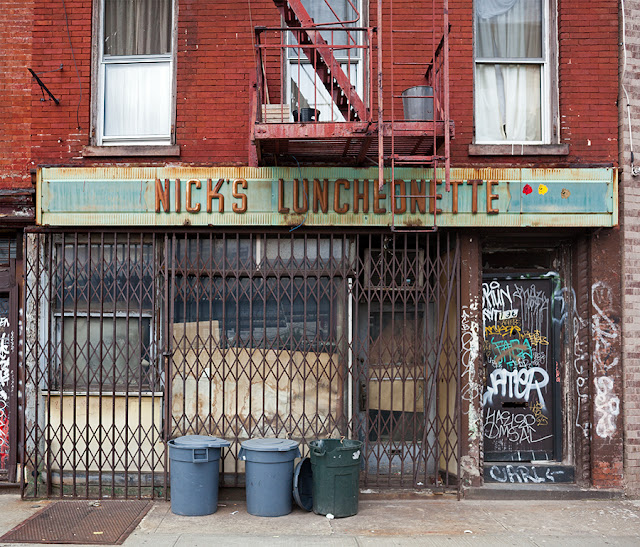 Posted by James and Karla Murray at 1:07 PM