Concourse Music Center in the Bronx was located right on the Grand Concourse, a grand boulevard modeled on the design of the Champs-Elysees in Paris. Construction on the four-mile road began in 1894 and was opened to traffic in 1909. In 1939 the Grand Concourse was described as the "Park Avenue of the Bronx". Sadly this #music #store is no longer in business. We loved its #handpainted #signage! Photo from 2004 appears in our book "Store Front: The Disappearing Face of New York". 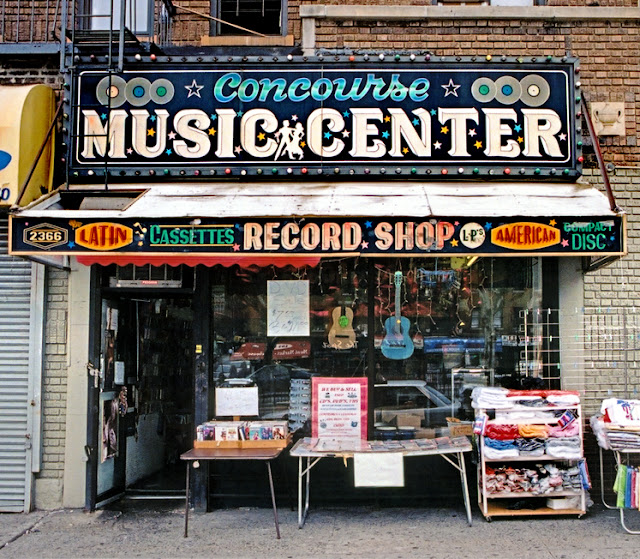 Posted by James and Karla Murray at 8:01 AM