Four people were indicted today for manslaughter and other charges in connection with the East Village gas explosion and fire that killed two people, injured 22 others and caused the complete destruction of three buildings on Second Avenue at East 7th Street.  The building owner where the blast happened, her son and the contractor and the plumber who improperly hooked up the building's gas lines were all charged.

A few months ago we took this photo of Nicholas Figueroa's father tending to his son's memorial site at 121 Second Avenue, the site of the gas explosion and fire which killed his son. His mother talked to us about the loss of their 23-year old son and how hard it has been coping with it. His father placed a Statue of Mary and a keepsake box at the memorial and also tends to the memorial for the other victim, Moises Locon. ‪#‎eastvillage‬ ‪#‎memorial‬ ‪#‎igs_nyc‬ ‪#‎family‬ ‪#‎love‬ ‪#‎loss‬ ‪#‎newyork_instagram‬ ‪#‎newyork_ig‬ 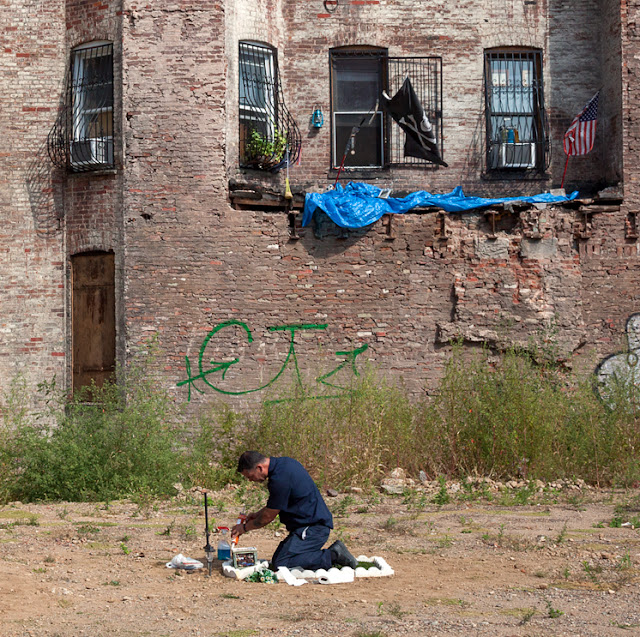 Posted by James and Karla Murray at 3:55 PM