Kim's Video closed its flagship store in 2009. The founder Yongman Kim opened his first store on Avenue A in 1987 and his St. Mark's Place store which opened in 1995 was considered to have the best and most diverse video-rental collection in New York City. In the pre-Internet age, Kim's selection was often the only way to find and see obscure films from around the world. When video rental sales declined and he was forced to close his St. Mark's store, Kim shipped his entire 55,000 eclectic film collection to Sicily. 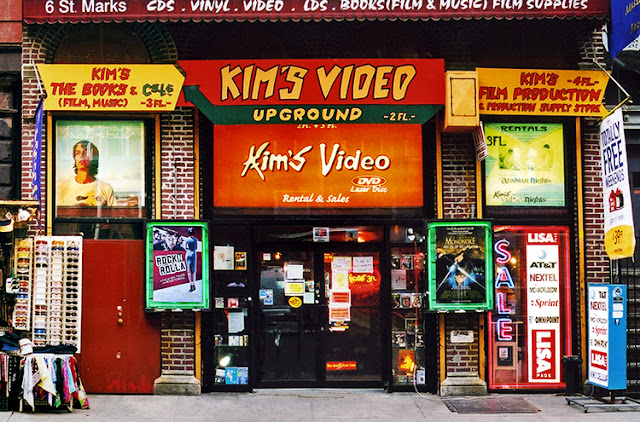 Posted by James and Karla Murray at 11:12 AM