CARNEGIE DELI reopened today after being closed for 10 months

CARNEGIE DELI reopened today after being closed for 10 months following a gas shut off in the building when Con Ed discovered that gas had been diverted inside the building before reaching the meter. Carnegie was established in 1937 and has a vintage neon sign that we admire. We interviewed Chuck Smith, the manager, for our book "New York Nights" who told us that "The neon sign outside is 65 years old. We are constantly fixing it because it’s very temperamental but we always want to keep it lit because it is iconic. We are best known for our pastrami, corned beef and brisket sandwiches, which are overstuffed with at least one pound of meat. We pickle and smoke all of our own meat that we serve." Photo and full interview appear in "New York Nights" (Gingko Press 2012) 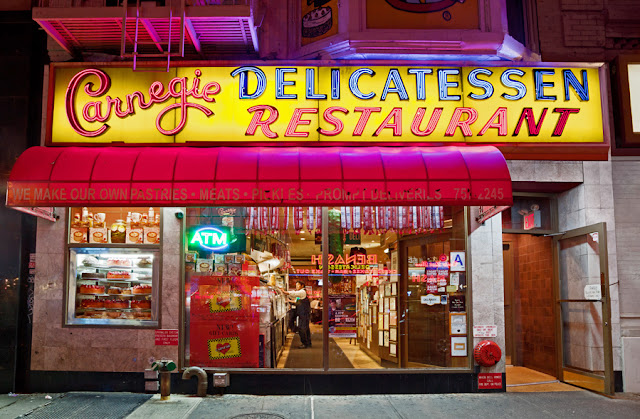 Posted by James and Karla Murray at 4:34 PM