"...you’ll see the Murrays’ photographs and captions showing their walk through the rail line before and after the corridor was drained, beginning at Bruckner Boulevard going north. You’ll see graffiti murals from the late ’90s and early 2000s, fascinating infrastructure, homeless encampments, and more." 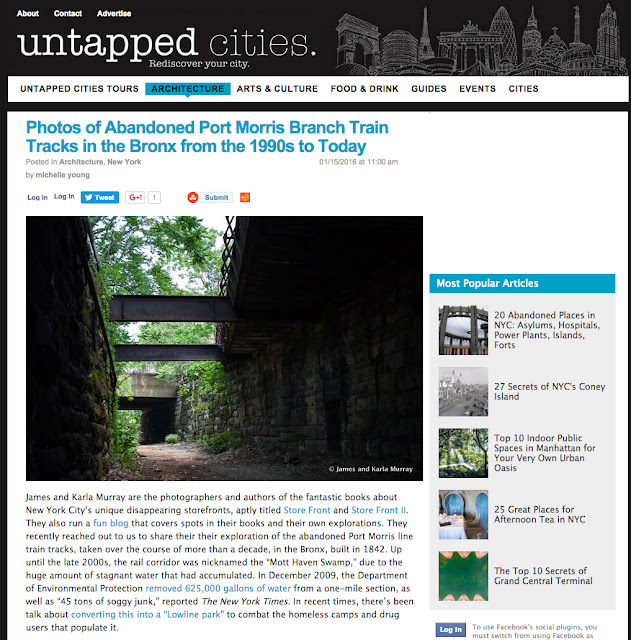 Posted by James and Karla Murray at 10:15 AM