In 1887 Conrad Frederick Sauer, a young pharmacist founded the company that bears his name. producing and selling pure-flavoring extracts. It was the first company in the United States to provide pure flavoring extracts in 5 and 10-gram cartoned bottles, selling them for fifteen and twenty-five cents, a small price compared to what pharmacies had been charging. The company's headquarters have been in the same location on Broad Street since 1911. They are one of the last companies in the USA that still uses the cold press method of making extract allowing their Bourbon vanilla beans to release their flavor slowly, instead of using heat-accelerated methods to quicken the steeping process.
Their Sauer's Vanilla ‪#‎sign‬ is a Richmond landmark, and is one of the few incandescently lighted signs remaining in the United States. 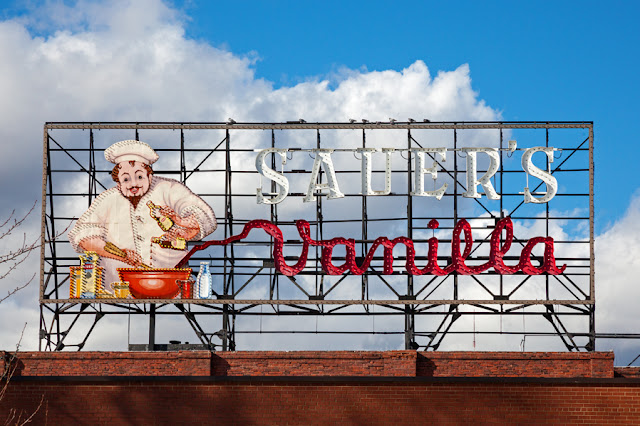 Posted by James and Karla Murray at 12:16 PM