Gramercy Cafe on Third Avenue and 17th Street near Gramercy Park is open 24/7.

This ‪#‎diner‬ had a great ‪#‎vintage‬ ‪#‎neonsign‬ on its roof but it was recently replaced by an LED lit plastic version. We are not sure why it was replaced but imagine it has somethings to do with the high cost of maintaining a ‪#‎neon‬ ‪#‎sign‬ in New York City, where it is exposed to all types of weather including blizzards and heavy rain, which typically "shorts out" a letter or two. We loved its ‪#‎script‬ and block ‪#‎lettering‬ in both blue and red colors.
Photo from 2010 appears in our book "New York Nights". NEW YORK NIGHTS is the winner of The New York Society Library's 2012 New York City Book Award  The New York City Book Awards, established in 1996, honor books of literary quality or historical importance that evoke the spirit or enhance appreciation of New York City. 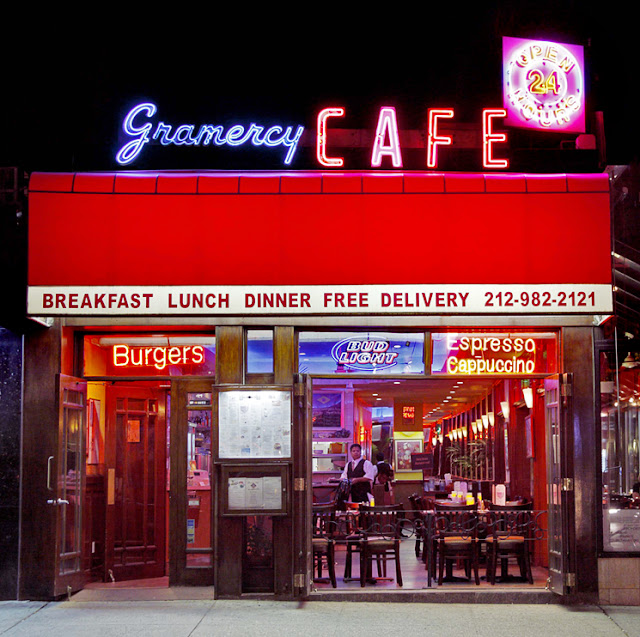 Posted by James and Karla Murray at 7:03 AM