TONIGHT! Our first celebration of our Book Launch: Store Front II: A History Preserved in Brooklyn!

New Caporal Fried Chicken & Shrimp in Washington Heights was founded in 1968. It became famous for its fried #chicken with its special mix of#Spanish spices and seasonings. Sadly the #restaurant closed in 2011. To hear more about #momandpop stores like this one please join us tonight at THE POWERHOUSE ARENA [Dumbo] @powerhousearena for a Free STORE FRONT II slideshow, discussion and signing as well as FREE wine!

THE POWERHOUSE ARENA [Dumbo]
Wednesday Dec 02, 2015
7:00 pm - 9:00 pm
37 Main Street  Brooklyn, NY 11201
For more information, please call 718.666.3049 RSVP appreciated: RSVP@powerHouseArena.com
"This new series documents a little-known but vitally important cross-section of New York’s “Mom and Pop” economy. About Store Front II: James and Karla Murray have been capturing impeccable photographs from the streets of New York City since the 1990s; Store Front II chronicles their continued efforts to document a little-known but vitally important cross-section of New York’s “Mom and Pop” economy. The Murrays’ penetrating photographs are only half the story, though. In the course of their travels throughout the city’s boroughs the Murrays have taken great care to document the stories behind the scenery. Their copious background texts, gleaned largely from interviews with the stores’ owners and employees, bring wonderful color and nuance to the importance of these unique one-off establishments. The Murrays have rendered the out of the way bodegas, candy shops and record stores just as faithfully as the historically important institutions and well known restaurants, bars and cafes. From the Stonewall Inn to the Brownsville Bike Shop and The Pink Pussycat to Smith and Wolensky, the Murrays reveal how New York’s long-standing mom & pop businesses stand in sharp contrast to the city’s rapidly evolving corporate facade. The authors’ landmark 2008 book, Store Front, was recently cited in Bookforum’s 20th Anniversary issue as having “…demonstrated the paradoxical power of digital photo editing to alter actual views in order for us to see more clearly what is really there.” James and Karla Murray live in New York City and were awarded the New York Society Library’s prestigious New York City book award in 2012 for their last book, New York Nights. " 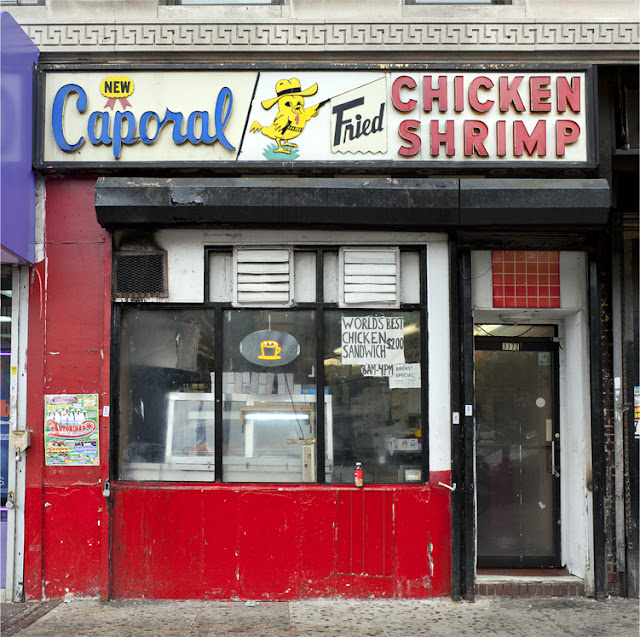 Posted by James and Karla Murray at 10:20 AM