10 Small Businesses Enduring at the End of 2015 that you can still support and enjoy.

Bucking the trend to lament small independent businesses New York City has lost in 2015, we are instead highlighting 10 of the many businesses in the 5 boroughs that are still enduring. Visit them frequently and help support them so that they can continue to help make NYC in 2016 a special place to be. We celebrate these and over 200 more mom-and-pop shops in our newly released book STORE FRONT II: A History Preserved. Each business is carefully documented photographically and most include interviews with the owners.

“We hope that our project acts as an artistic intervention to help draw attention to and preserve the small shops whose existence is essential to the unique and colorful atmosphere of the city’s streets.” 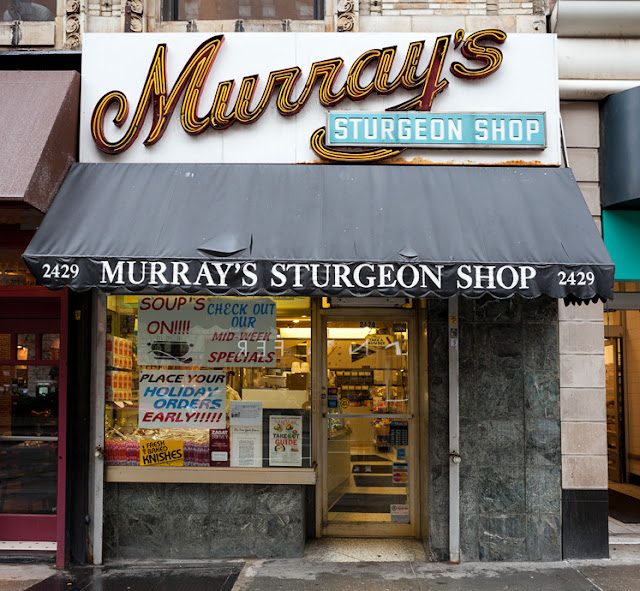 1. Murray's Sturgeon Shop in the Upper West Side was founded by Murray Bernstein. It has been in business  since 1946 and specializes in the finest smoked fish, caviar, homemade salads and soups, and kosher knishes. 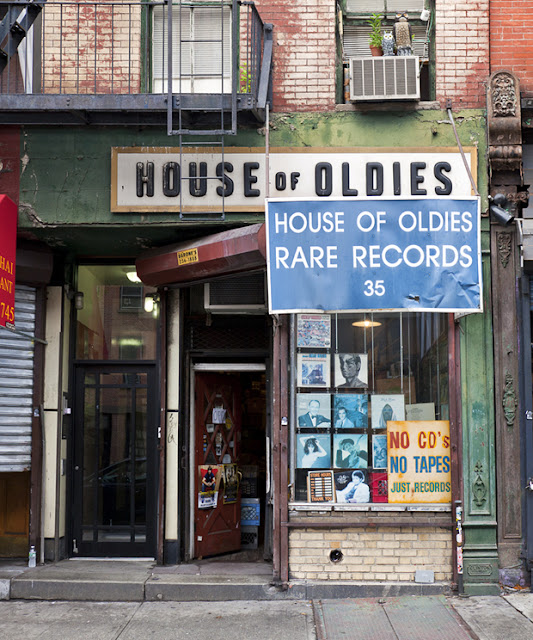 2. House of Oldies in Greenwich Village was founded by Bob Abramson in 1968. This record store has been thriving lately because as Bob told us for our STORE FRONT II book, "Vinyl is back! Kids are buying vinyl because they realize how much better the sound is." 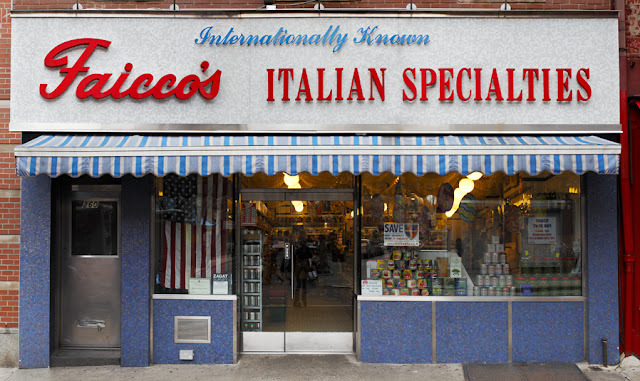 3. Faicco's Pork Store was established in 1900 by Eduardo Faicco, an Italian immigrant. It is now being run by fourth-generation members of the Faicco family and has two locations, one in Greenwich Village and one in Bensonhurst, Brooklyn. 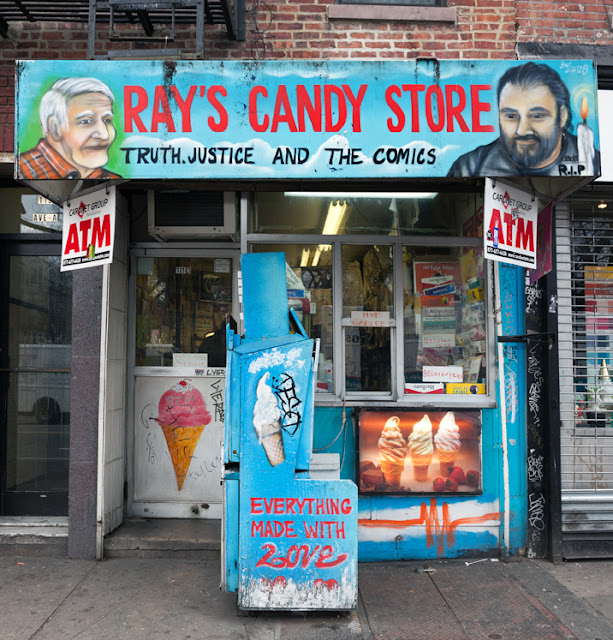 4. Ray's Candy Store on Avenue A in the East Village is one of the few stores near Tompkins Square Park that stays open 24 hours a day. It was founded by Ray Alvarez in 1974 and you can still find Ray manning the register most nights. 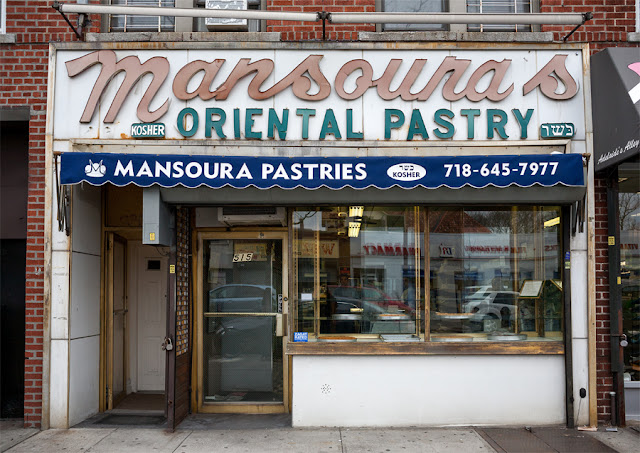 5. Mansoura Pastries in Midwood, Brooklyn has been in business since 1961. This bakery, which specializes in pistachio baklava, has a history dating back to 1780 when the Mansoura family had a confectionery shop in Aleppo, Syria. 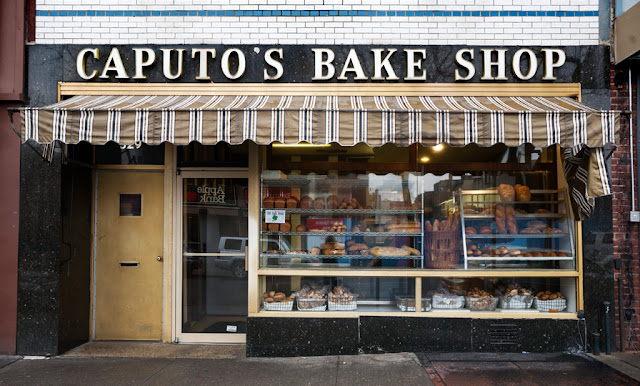 6. Caputo's Bake Shop in Caroll Gardens, Brooklyn is now being run by James and John Caputo, the fourth and fifth-generation owners. It was founded in 1904 and originally only sold simple Italian bread, rolls, and biscotti, but now bakes many specialty breads, including its famous lard bread and olive bread. 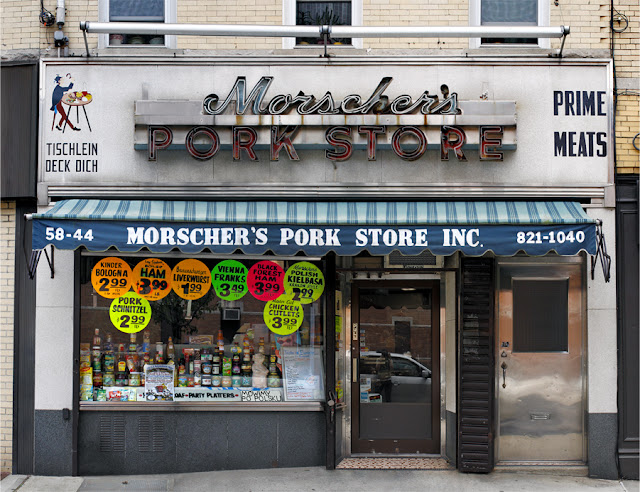 7. Morscher's Pork Store in Ridgewood, Queens is known for its sausages and meat specialties originating from Gottschee, a German enclave in Slovenia. The store was founded in 1957 by Joseph Morscher and is now being run by his son, Herbert Morscher, who is continuing the tradition with his family's recipes but is mixing them with state of the art high-tech meat processing equipment. 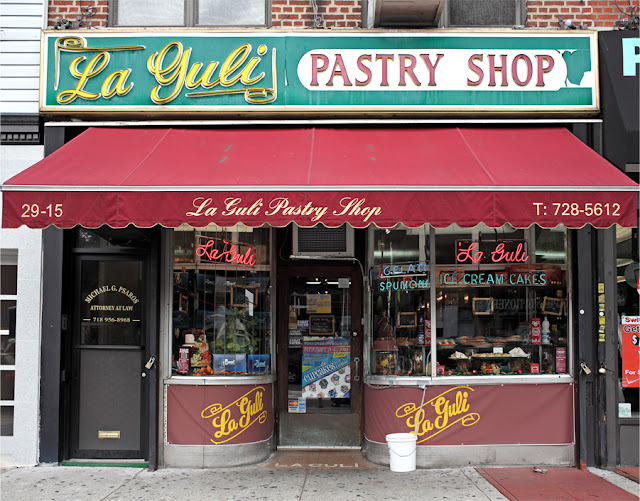 8. La Guli Pastry Shop in Astoria, Queens has been family owned and operated since 1937. It specializes in Italian cookies and pastries, custom and specialty cakes, and homemade gelato and Italian ices. 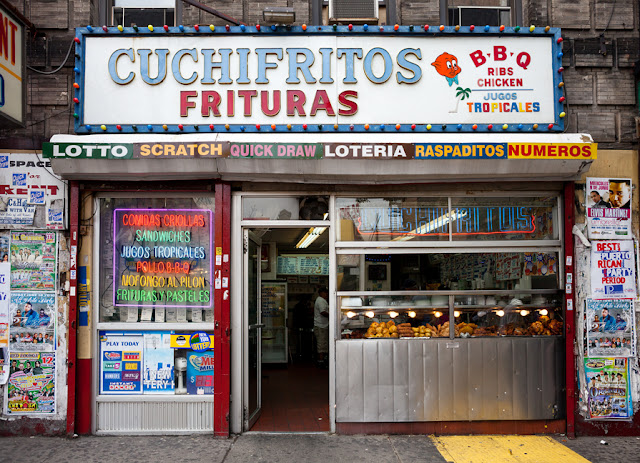 9. 188 Cuchifritos in the Fordham neighborhood of the Bronx was established in 1983 by Cuban-born José Coto. This small restaurant, highlighted by Anthony Bourdain in his recent show, specializes in cuchifritos, a variety of pork-based dishes that are commonly fried. 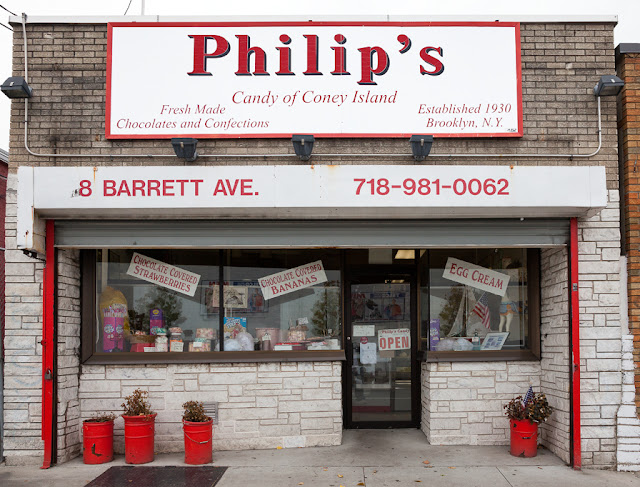 10. Philip's Candy of Coney Island has been located in the Port Richmond neighborhood of Staten Island since 2002 but was founded in 1916 by Philip Calermis along the Boardwalk in Coney Island. John Dorman, who went to work for Philip in 1947, took over the business upon Philip's retirement in 1956.

Posted by James and Karla Murray at 12:19 PM