A dinner at La Lunchonette during their final days... The restaurant closes 12.31.15 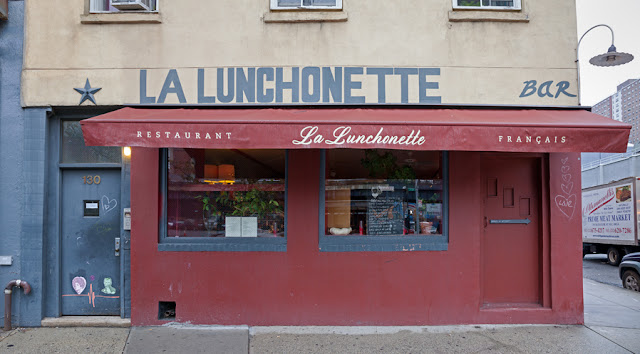 On Tenth Avenue. La Lunchonette was founded by Jean-Francois Fraysse in 1983 on the Lower East Side. We spoke with owner Jean-Francois who told us that he called the restaurant La Lunchonette because when he originally opened on Essex by Rivington Streets that the space was a Lunchonette and he just added a "La" to the existing signage. 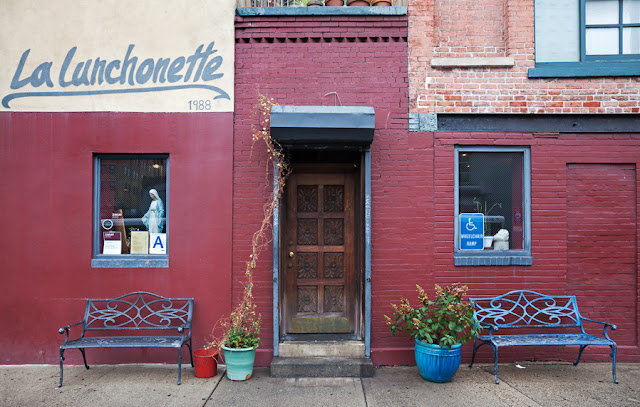 The West 18th Street entrance. Jean-Francois explained his lower east side customers included many artists such as  Jean Michel Basquiat. He moved the restaurant, which specializes in French cuisine, to 10th Avenue in Chelsea in 1988. 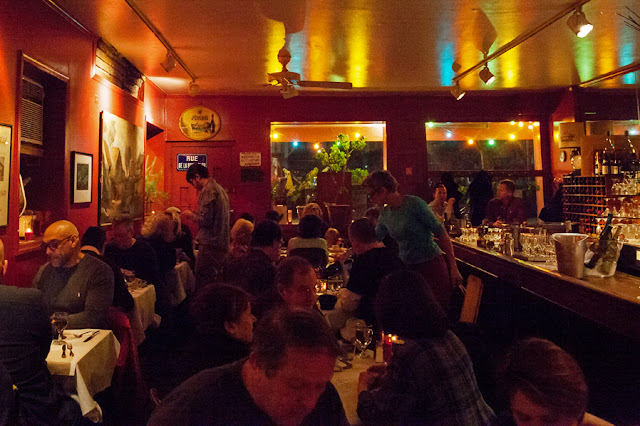 Fully booked. Even though the restaurant was packed and he was very busy, Jean-Francois took the time and shared his thoughts on the changing neighborhood and its future. Our friends Robert and Johanna, who introduced us to Jean-Francois, traded a few happy memories in French. 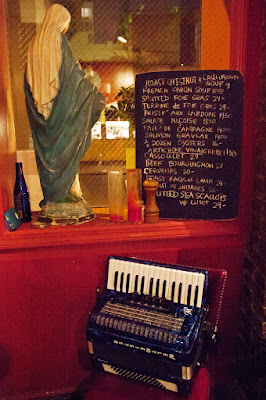 Accordion Night. Live accordion music filled the warm space. Our appetizers arrived, recommended by Jean-Francois. He had picked the Sautéed Sea Scallops for us and they were delicious. For dinner we had the Skate Wing with Lemon Butter and Capers and Salmon with Roasted Bell Peppers and Garlic. Our friend Robert, an adventurous eater ordered La Cervelle or brains. Jean-Francois and his partner Melva Max will be closing the restaurant after nearly 28 years in Chelsea at the end of this month because "their landlord, who is a good friend of ours, is knocking the building down to make way for a larger 10-story structure." 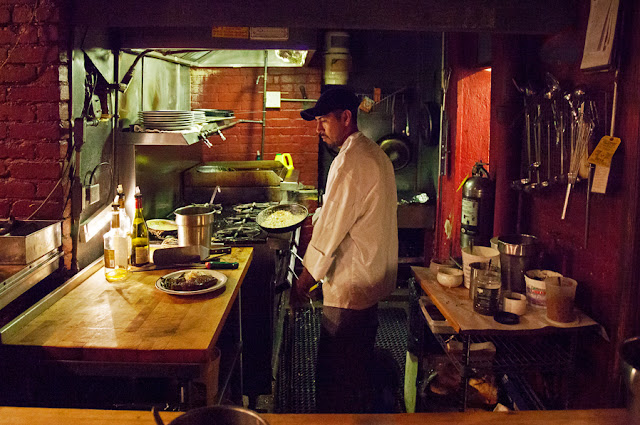 Le chef. The kitchen is located in the center of the restaurant where you can watch the busy chef create the rustic French cuisine. Everything we ordered was fantastic!
Stepping back onto the empty, dark, and surprisingly cold far west side street we wandered up 10th Avenue to 192 Books to window shop and collectively shake our heads in dismay and disbelief that the city is losing another treasure. La Lunchonette, R.I.P.

Posted by James and Karla Murray at 2:15 PM