Katz Drugs in Williamsburg, Brooklyn was founded in 1895 by Aaron Katz.

Although the pharmacy is no longer operated by the Katz family, they still retain ownership of the building. We interviewed the 3rd-generation former owner, Michael Katz for our book, “Store Front II-A History Preserved” and he told us the interesting history of its spectacular #vintage neon signage on porcelain enamel with the Spanish word “Farmacia” located underneath the #script “Katz”. Michael’s father, was very business savvy, and “realized that the Puerto Rican’s who began moving to the neighborhood in the 1940s were integral to the shop as they were tremendous cosmetic users. He not only immediately hired Spanish-speaking help but had the Spanish word for Pharmacy installed on its multi-story signage!”

• We love hearing interesting stories like this and that is one of the reasons why we always try and speak with the store owners we visit and find out about the shop’s history. To us, the story behind the photo is equally important as the photo itself. 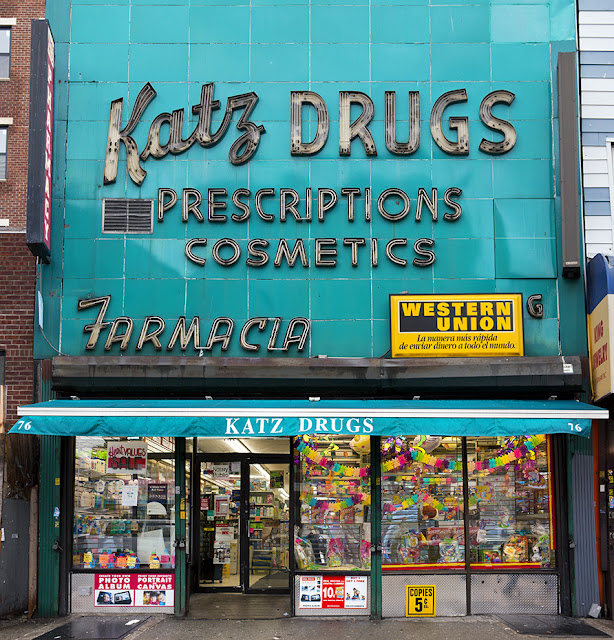 Posted by James and Karla Murray at 7:13 AM