In the coming weeks, we will be highlighting small mom-and-pop stores that NYC has sadly lost in the past decade.

We hope that this new decade that 2020 has brought in will be a better one for small unique businesses than the past decade as so many shops, restaurants and bars have shuttered.

Garry Jewelers in Park Slope, Brooklyn was founded in 1951 by Ralph and Rose Garafola. Their son, Michael, took over the business when Ralph passed away in 1999 but when Michael himself became ill, he rarely opened the shop in 2009 and by 2010 it remained permanently closed. We love its two-tone neon signage 💎complete with #script lettering.

#Filmphoto from 2006 appears in our book “Store Front: The Disappearing Face of New York”. 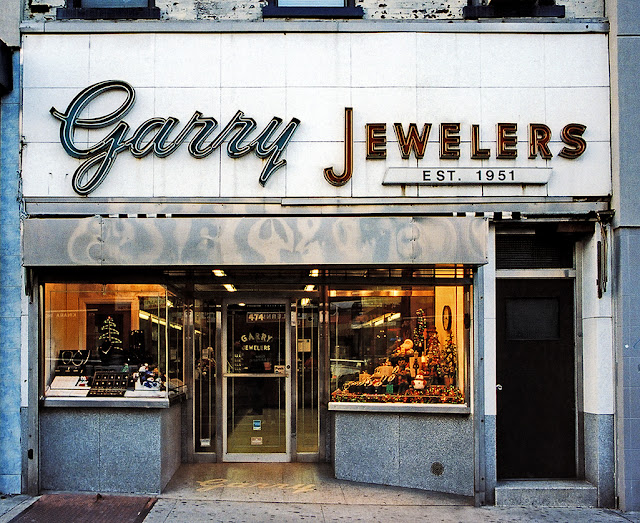 Posted by James and Karla Murray at 6:15 AM