Waldemar French Style Furs was founded in 1979 by Waldemar Malkiewicz.

The store was one of many Greenpoint, Brooklyn #furriers that catered to the large group of Polish immigrants who made the neighborhood the center of #NYC 's Polish community. By 1990, eighty percent of the area's residents were #Polish but that number has drastically been reduced since #Greenpoint has become gentrified.

Photo from 2007 appears in our book "Store Front: The Disappearing Face of New York". #storefront 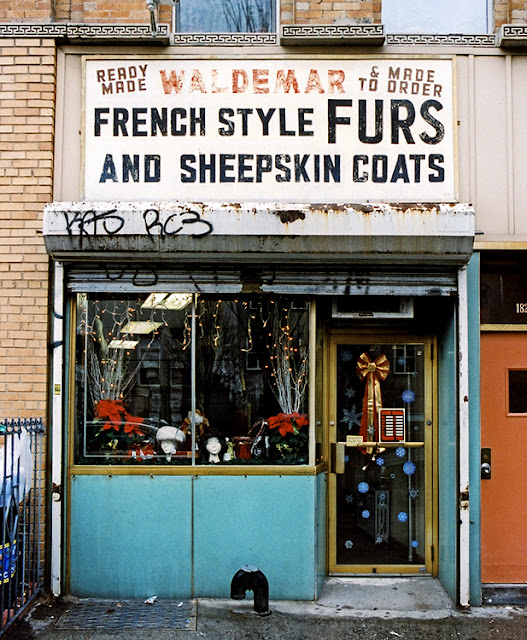 Posted by James and Karla Murray at 7:31 AM