Happy Chanukah to everyone!

A great place to get some delicacies for Chanukah is Russ & Daughters Appetizers on East Houston Street in the Lower East Side, which has been in business since 1914. It is now being run by fourth-generation owners Joshua Russ Tupper and Niki Russ Federman. The appetizing #store is known for their smoked #salmon and their vast #caviar selection. The business was founded by Joel Russ out of a pushcart before he opened a #storefront. There were more than four hundred appetizing stores in the city in 1936. This is the last one remaining on the Lower East Side. We particularly love their #vintage #neonsign flanked by the two #neon fish 🐟 as well as their #lox! 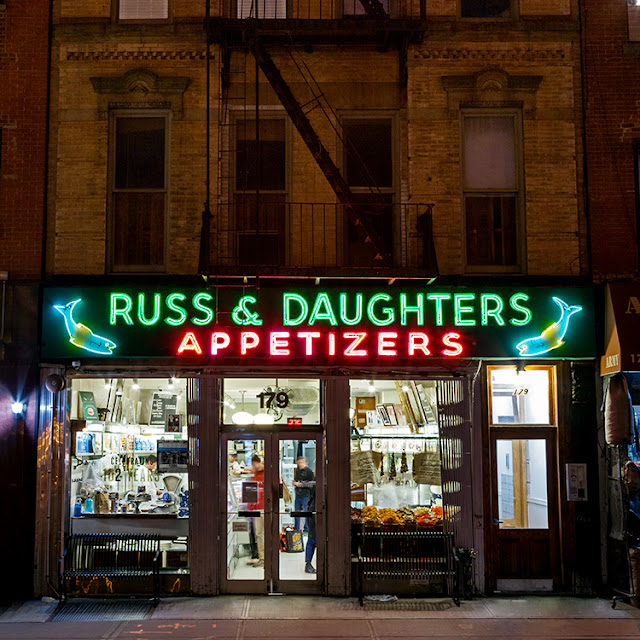 Posted by James and Karla Murray at 7:58 AM