Air temperature: 57F. Cold for many of the species. 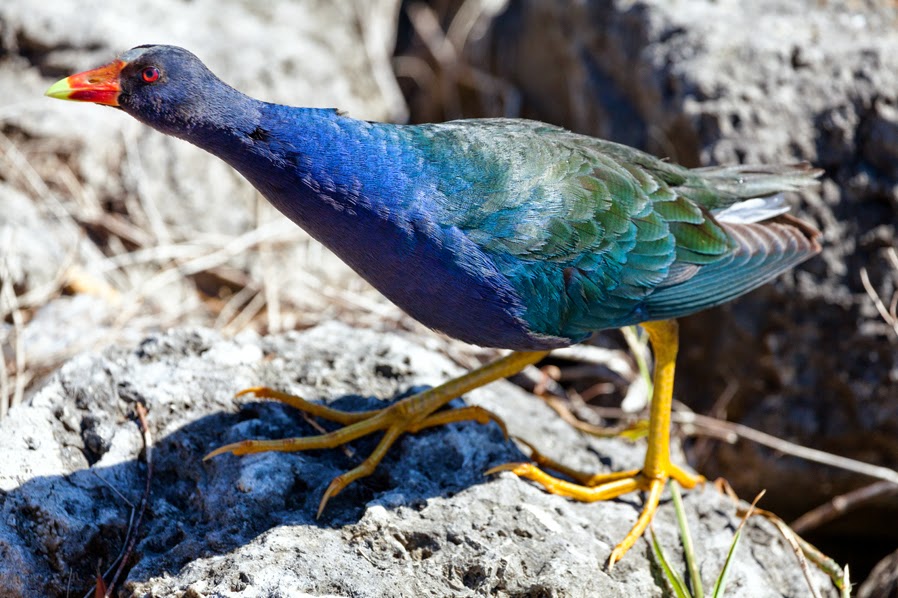 Purple Gallinule. This is a brightly colored marsh bird that is about the size of a chicken. It has blue and green feathers, long yellow legs, very long toes and a red bill with a yellow tip. Because of their light weight and large feet, these gentle birds can often be seen walking across lilly pads. 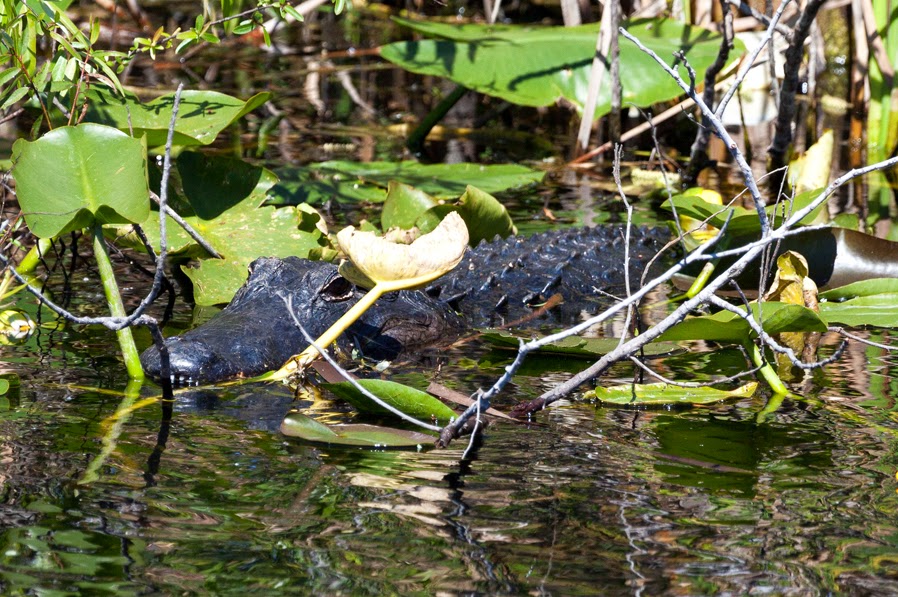 American Alligator. Only one seen today. Feeding activity is governed by water temperature, and foraging ceases if the temperature drops below 68 to 73 degrees Fahrenheit. 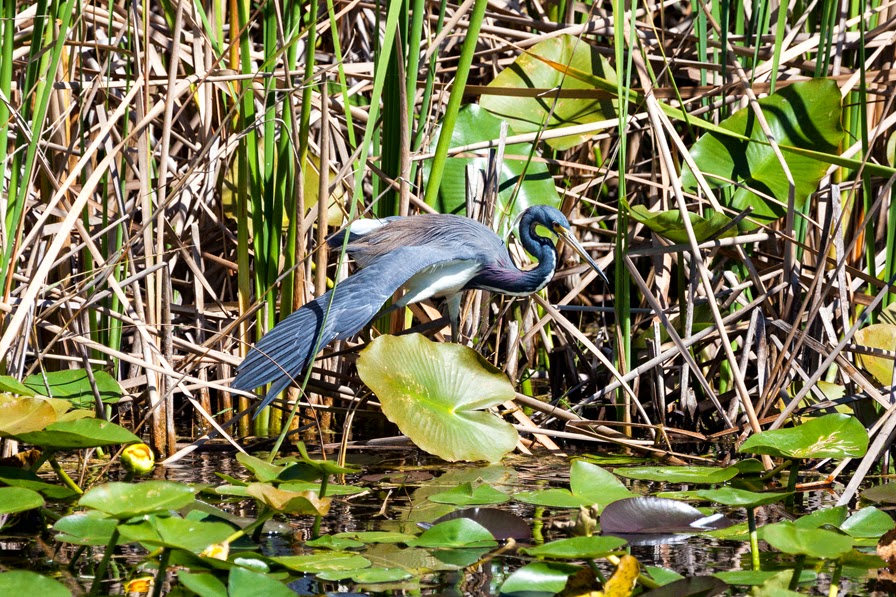 The Great Blue Heron. This is the largest of the North American herons, averaging anywhere from 36-55 inches in height. 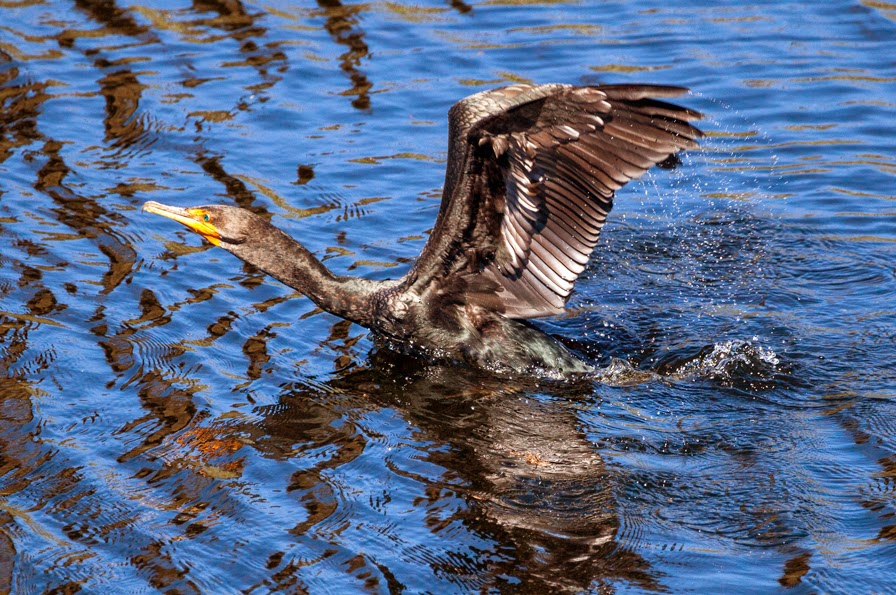 Double-Crested Cormorant. In the shallow waters of the Everglades, it’s easy to observe cormorants fishing as they dive under the water and pop back up a short time later. The birds bask in the sun with wings spread after coming out of the water. This allows them to dry off and regulate their body temperature. 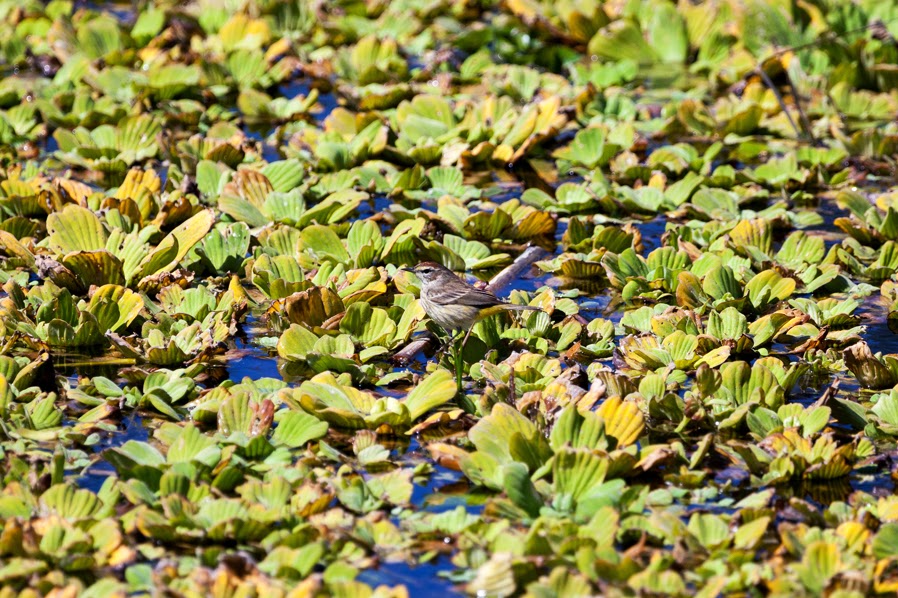 "Brown  Palm  Warbler" or "Western Palm Warbler".  The bird has much less yellow than it's near twin the "Yellow Palm Warbler" or "Eastern Palm Warbler" with less colorful streaking, and cold grayish-brown upper parts. These birds migrate to the southeastern United States, the Yucatán Peninsula, islands of the Caribbean, and eastern Nicaragua south to Panama to winter. They are one of the earlier migrants to return to their breeding grounds in the spring, often completing their migration almost two months before most other warblers. 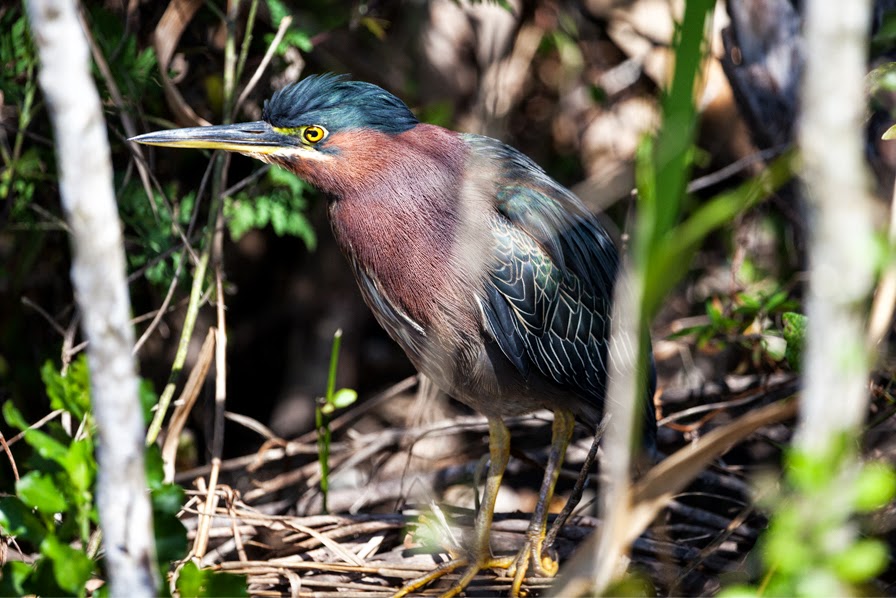 The Little Green Heron. This heron is known to be a shy bird, keeping out of human sight whenever possible. It favors both grassy edges of lakes as well as the swampy areas. It typically measures only 17-inches.