This was a second-generation family run restaurant which opened in 1950. The neon signage according to the owner was installed in 1964 when the restaurant was renamed. The owner told us that famous patrons over the years included Peter Falk who filmed "Colombo" around the block as well as Bernadette Peters who performed on Broadway nearby. Bob Dylan also dined at the restaurant and had a cheeseburger deluxe. Full interview and photo appears in our book "New York Nights". 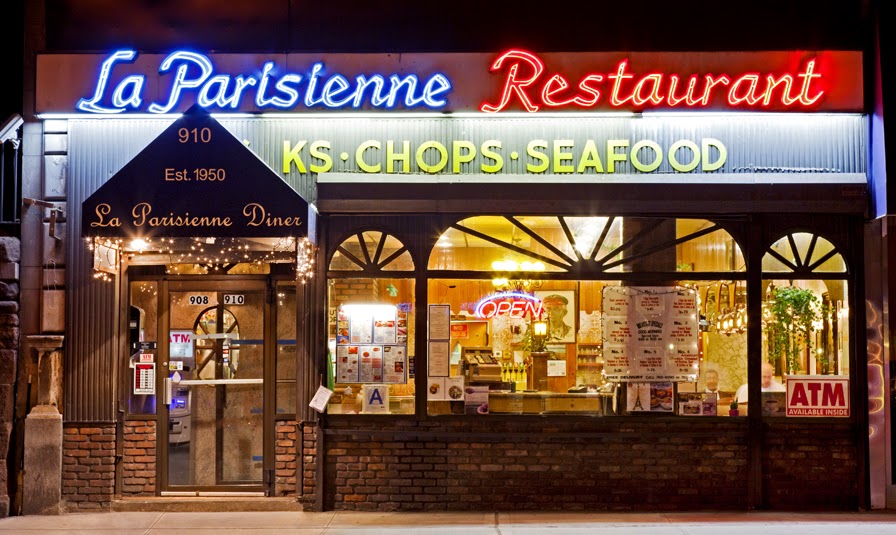