The hotel is located in Miami's Modern Architectural District (MiMo) was originally a motel from the 1950s. It has been owned and renovated by husband and wife Walter and Shirley who did most if the work themselves. Shirley's father who immigrated to Miami from Cuba after the revolution purchased the motel in 1980 from the original owners. The original motel was designed in 1953 by Norman Giller who was famous for his profound influence on the Post World War II modern architectural movement in Miami known as "Miami Modern". The neon signage is original. 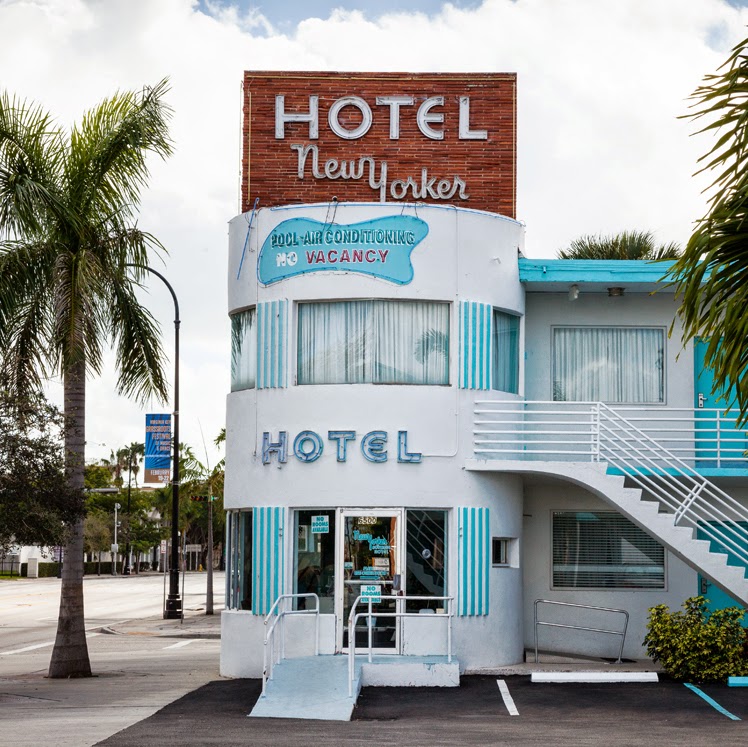 Posted by James and Karla Murray at 8:11 AM