Zito & Sons Bakery was open for 80 years and was the longest continuously occupied store on Bleecker Street until its closure in 2004. Antonino Zito and his wife lived in an apartment behind the #bakery and raised three sons, who took over the business when Antonino passed away in 1963. Sadly the closure of the bakery was due to rising costs of energy (they had a coal-fired oven)🔥, raw supplies and the popular low-carb diet. We absolutely loved their lard bread 🍞 and would often get some to have with cheese from @murrayscheese located just 2 doors away from Zito’s. #Analog photo from 2001 appears in our book “Store Front: The Disappearing Face of New York”. 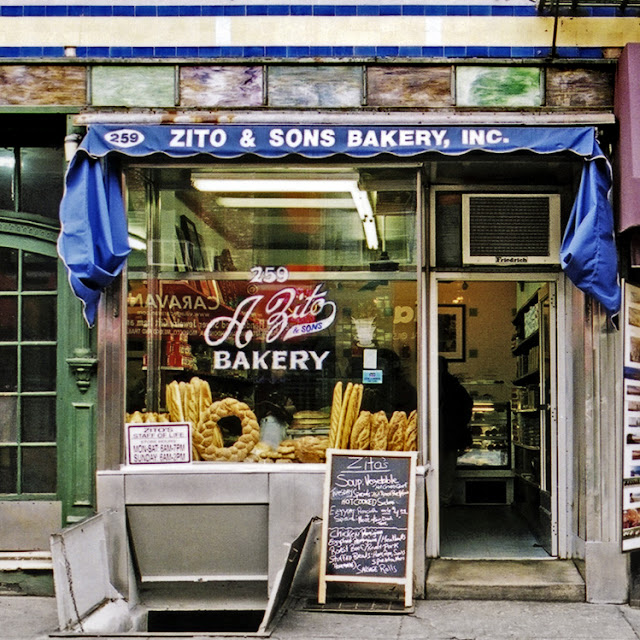 Posted by James and Karla Murray at 11:07 AM