Delmonico’s, located in the Financial District, opened in 1837 and is considered the oldest fine dining restaurant in the United States

During the 1800s women were not allowed to dine in restaurants without men present. On April 20, 1868 a group of women decided to protest this archaic law and held a luncheon at Delmonico’s. The restaurant not only did not turn the women away but gave them a private dining room and served a special prix-fixe menu of $1 per diner.  In honor of the 150th anniversary of that landmark meal, Delmonico’s is hosting a “Ladies’ Luncheon”, featuring a special menu created by James Beard-winning chef, Gabrielle Hamilton of Prune.

Photo from 2010 appears in our book “New York Nights” along with more text about this historic restaurant @delmonicosnyc which also is known as the birthplace of Lobster Newburg, Eggs Benedict and the dessert Baked Alaska. 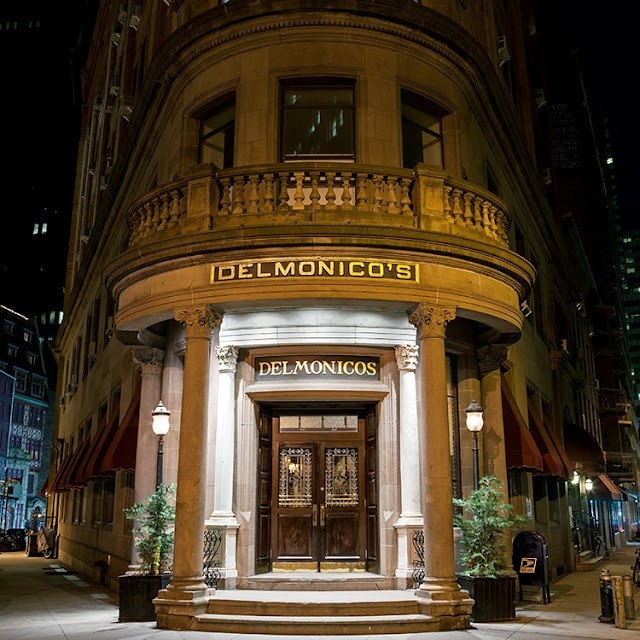 Posted by James and Karla Murray at 9:57 AM