New York City is in the deep freeze with temperatures all this week in the 20s and dropping into the single digits at night so we thought what better #storefront to highlight than THE LEMON ICE KING OF CORONA.

The Lemon 🍋 Ice King was founded in 1944 by Peter Benfaremo. He opened @lemonicekingofcorona in Corona, Queens after returning home from World War II and taking over his father, Nicola’s small ice stand. The #Italian ice was originally hand-cranked in tubs and sold only during the summer, but is now made electrically year-round using the same three basic ingredients, sugar, water and flavoring. Cases of lemons 🍋 and oranges 🍊 are used to get the true taste in production, and all flavors have real fruit or nut pieces in them. The Lemon 🍋 flavor is the most popular. Peter Benfaramo passed away in 2008, but his relative, Vinnie Barbaccia and his business partner, Michael Zampino, are still running the business. Blending flavors of ice is still forbidden and the secret recipes for all 40 flavors have remained largely untouched, all being made on the premises, including four sugar-free varieties.

Complete photo from 2004 and interview with Peter appear in our book, "New York Nights". 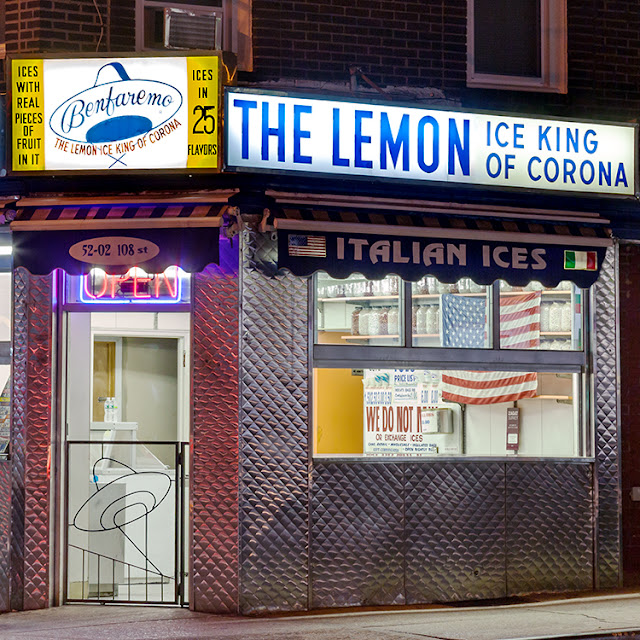 Posted by James and Karla Murray at 8:38 AM