In honor of Hanukkah, we are highlighting the original location of the SECOND AVE DELI in the East Village

This Jewish Delicatessen/Restaurant was opened in 1954 by Abe Lebewohl, a Jewish immigrant from Russia. It specialized in Matzo Ball soup, aka Jewish penicillin and corned beef and pastrami sandwiches. Sadly, Abe Lebewohl was killed in 1996 during a robbery after the restaurant had closed for the night. Jack Lebewohl, Abe’s brother took over the delicatessen but was forced to close in January 2006 because the rent on the 2,800 square foot space was raised from $24,000 a month to $33,000 a month. @2ndavedeli later reopened in Midtown with a similar menu and has since opened another location on the Upper East Side. Photo from 2003 appears in our book "Store Front:The Disappearing Face of New York". #storefront  #disappearingfaceofnewyork 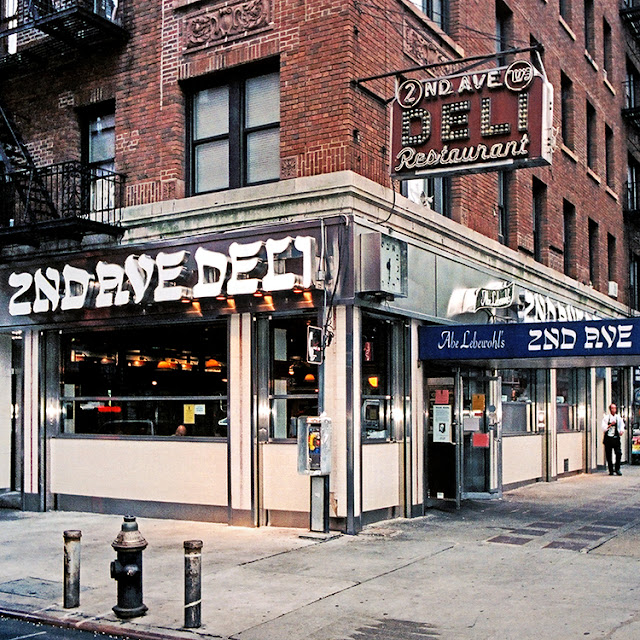 Posted by James and Karla Murray at 8:06 AM