Sadly, the new owners of this building have just filed for demolition of this 3-story theater in order to make way for a new mixed use retail and office project. Unfortunately the building is not landmarked as it has had many uses over the years and has changed significantly in appearance. It was initially built as a church in 1844 and later converted into a nickelodeon called the "Houston Hippodrome", where Yiddish three-act plays where shown. The Sunshine Theater 🎭 was established by Charlie Steiner in 1917. We will definitely miss this beautiful #theater which was renovated in 2001 with stadium seating. Photo and full text about the history of the theater appears in our book "New York Nights". #neon #type #cinematreasures #neonsign #lodownny #lowereastnyc 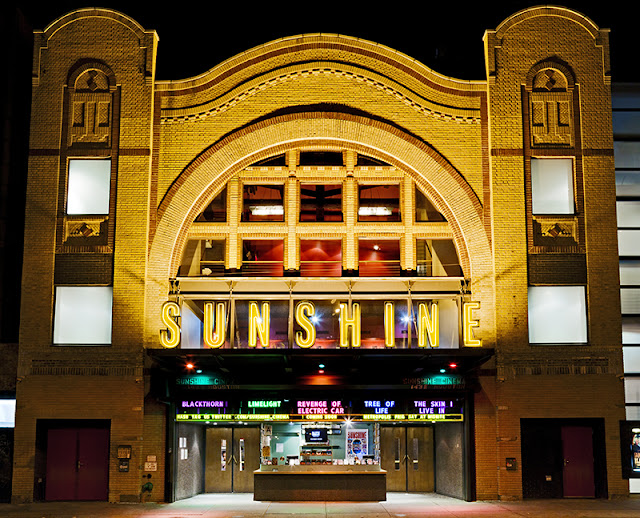 Posted by James and Karla Murray at 7:32 AM