Subway Inn was founded in 1937 and was located near the Lexington Avenue subway 🚋 line entrance by the Bloomingdale's Department Store. After 77 years at its iconic location, it was forced to relocate to a new location when a new development was planned for its 1880s building. The Salinas family, who owns the #divebar took the original "Subway Inn" #neon sign and re-installed it in 2015 in its new @subwayinn location on Second Avenue by the Roosevelt Island tram. We are happy that they saved this gorgeous #neonsign!

Photo above is from 2011 and interview with longtime bartender, Rodney Williams, appears in our book "New York Nights". 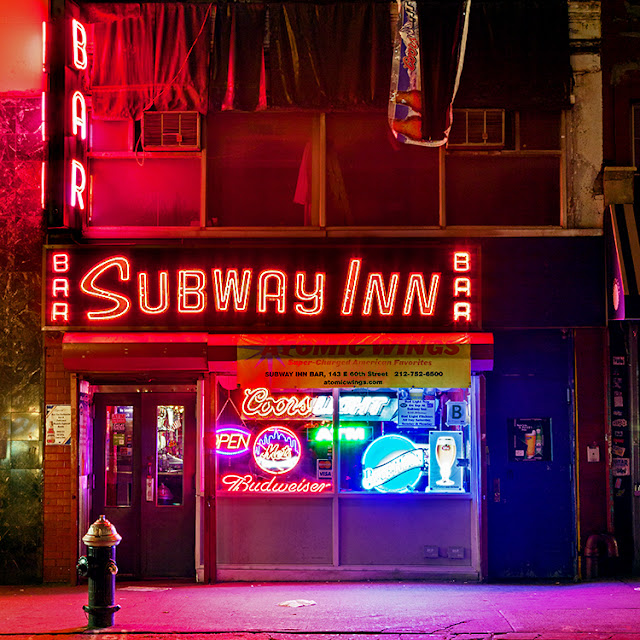 Posted by James and Karla Murray at 8:30 AM