A.Blank Office Furniture in the Financial District of Lower Manhattan

This vintage overhanging #neonsign from the 1950s was recently uncovered as it had been hidden by a newer plastic face advertising a pizzeria that had occupied the space for the last decade. We couldn't find out much about this old furniture store although it claims to have been in business since 1899. The #storefront is presently being renovated again (for a new restaurant) and it is unclear whether the #signage will be removed entirely or covered up again! If the #neon sign is taken down, the new owners as per New York City law will NOT be able to install such a large overhanging #sign again since it violates the newer laws stipulating that signage cannot overhang more than 18 inches from the facade. 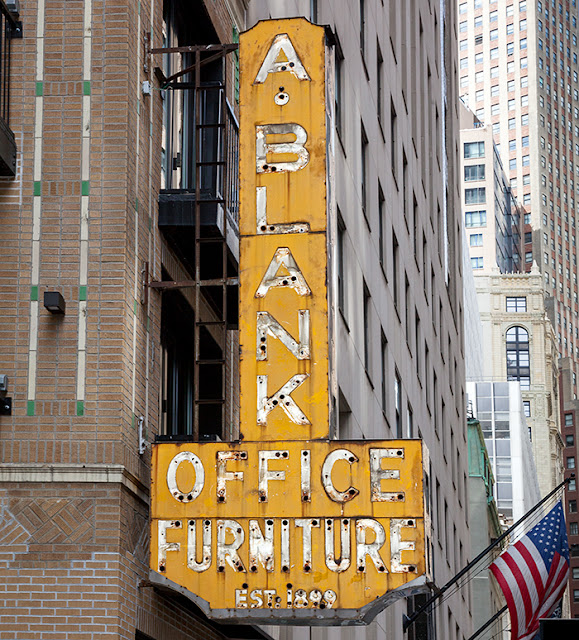 Posted by James and Karla Murray at 5:53 AM