We are proud that our book STORE FRONT II - A History Preserved has won Foreword Reviews' 2015 INDIEFAB Book of the Year Award!

"James and Karla Murray have been capturing impeccable photographs from the streets of New York City since the 1990s; Store Front II chronicles their continued efforts to document a little-known but vitally important cross-section of New York’s “Mom and Pop” economy. From the Stonewall Inn to the Brownsville Bike Shop to Smith and Wolensky, the Murrays reveal how New York’s long-standing mom & pop businesses stand in sharp contrast to the city’s rapidly evolving corporate facade." 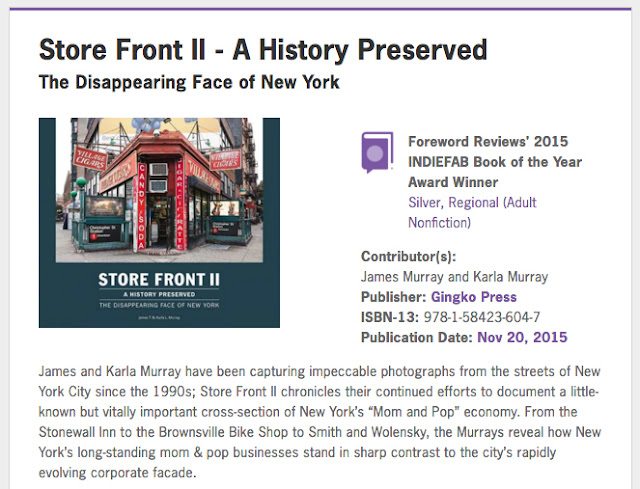 Posted by James and Karla Murray at 6:39 AM