A total of 8,368 Sonett IIIs were manufactured between 1970 and 1974. Disappointing sales, especially during the 1973 oil crisis, led Saab to end production in 1974.  Today, the average Sonett III condition is said to be no better than Fair. Fewer than 25 "concours"(new or better-than-new condition) Sonetts were known to exist in 2010. The Sonet III had 65 horsepower. 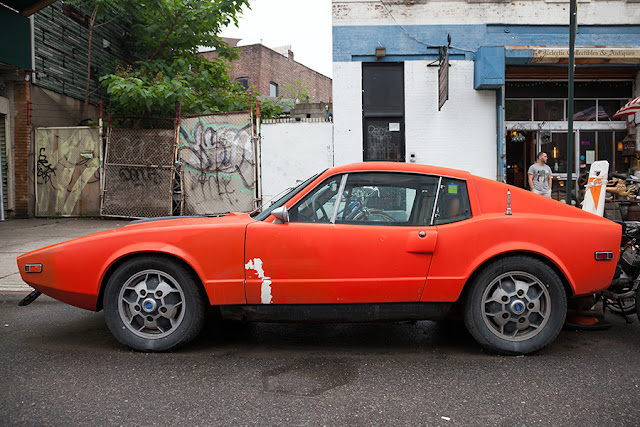 Posted by James and Karla Murray at 1:23 PM