Three Lives & Company Booksellers is a small, independent #bookstore in Greenwich Village that was founded in 1978. It has been owned by Toby Cox since 2001, who sadly just announced via e-mail to all his customers that the building they are located in has been put up for sale and the present owners have NOT renewed their lease and are instead allowing them to stay on a month-to-month basis. They have been at their present location at the corner of West 10th Street and Waverly Place since 1983. Toby hopes that the future new building owners will let him keep the shop in its present space but if that doesn't work out, hopes to at least stay in the West Village. We certainly hope they do as we have always been huge supporters of small independent bookstores and even included this photo taken in 2011 along with an interview with Toby Cox in our newly released book, "Store Front II-A History Preserved". We also have signed copies of our book for sale at this great #storefront. 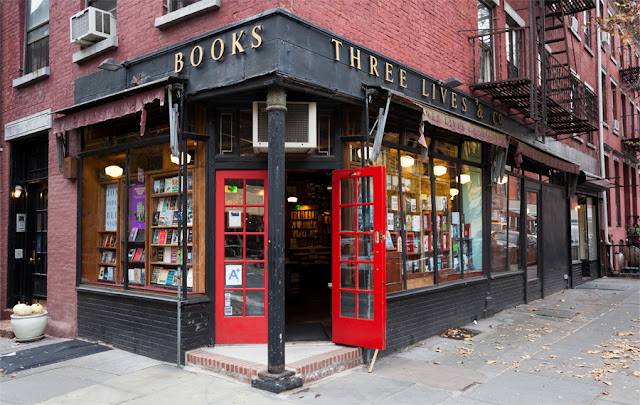 Posted by James and Karla Murray at 7:11 AM