In honor of National Root Beer Float Day we are posting our photo of Gem Spa in the East Village.

This 1940s era corner #candy store specializes in #eggcreams made with their original Hamilton Beach blender but also sells delicious Root Beer Floats! Jack Keroac was known to frequent Gem Spa for their egg creams. This photo taken in 2001 is from our book "Store Front: The Disappearing Face of New York" and although the shop looks similar now, they have new signage and an updated awning and sadly the "Put Your Face on a Sticker" box is no longer out front but instead there is a #Zoltar fortune telling machine! #nationalrootbeerfloatday 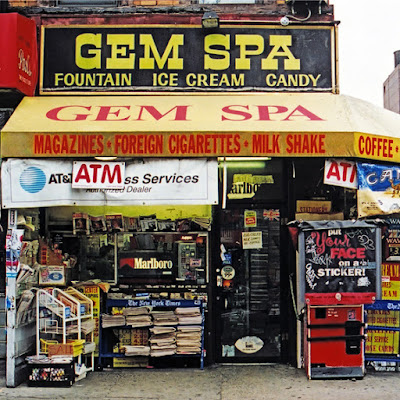 Posted by James and Karla Murray at 7:32 PM