Bridge Café on Water Street was established in 1979 by the Weprin family. The Café sits on the first floor of a historic wood frame building built in 1794 along what was once the East River's western edge. Newell Narme opened a "grocery and wine and porter bottler" in the space in 1794 and since then it has operated under various names as a saloon, boarding house, liquor establishment, and restaurant. Through research conducted by historian Richard McDermott, it was found to be one of the oldest surviving drinking establishments in New York City, continually serving alcohol since 1847 when Henry Williams first opened a porterhouse at its location. Sadly, the Bridge Café has been closed since it was flooded during Superstorm Sandy in October 2012. Photo and full text appear in our book "New York Nights". 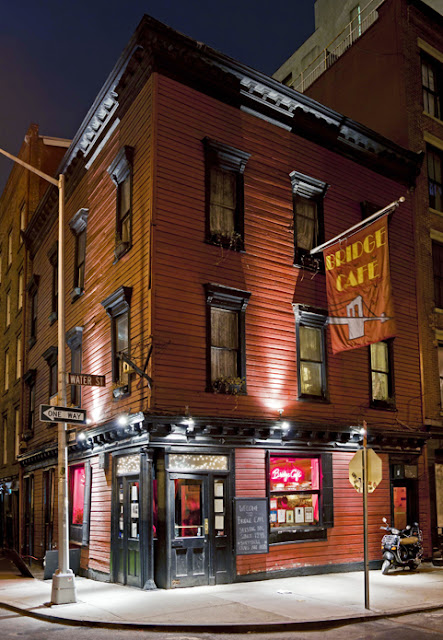 Posted by James and Karla Murray at 12:19 PM