Stonewall Inn in Greenwich Village, NY. New York City has recently named Stonewall Inn a landmark. This is the first time a site has been declared a landmark because of its cultural significance in lesbian, gay, bisexual, and transgender history. On June 28, 1969 the patrons of Stonewall Inn fought back against a police raid on the premises and the protests that followed for several days are credited with galvanizing gay activism in NY and around the world. In honor of the Stonewall Riots in 1969, New York City annually holds a Pride Rally and Pride March and Fest. This year the Pride March marshals are the honorable English actors and Sirs Ian McKellen and Derek Jacobi. Full image from our forthcoming book STORE FRONT II: The Disappearing Face of New York due out later this fall. 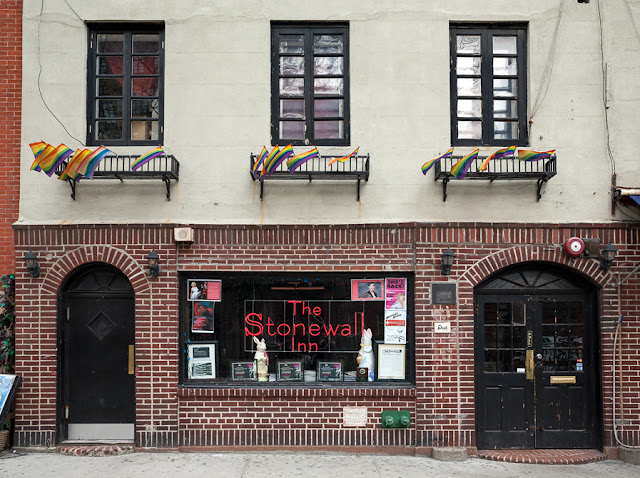 Posted by James and Karla Murray at 7:42 AM