Al, a retired NY Police detective told us that he has 5 vintage New York City police cars, but this is by far his favorite. The color is original. He said, it was a nightmare to get parts for it, and after he purchased it he had to have both the engine rebuilt as well as the transmission. He told us that this 2-seater car was unusual because "Since it has no back seat, it could not transport any prisoners. They would have to call the paddy wagon if they caught somebody. It was either that, or throw them in the trunk." 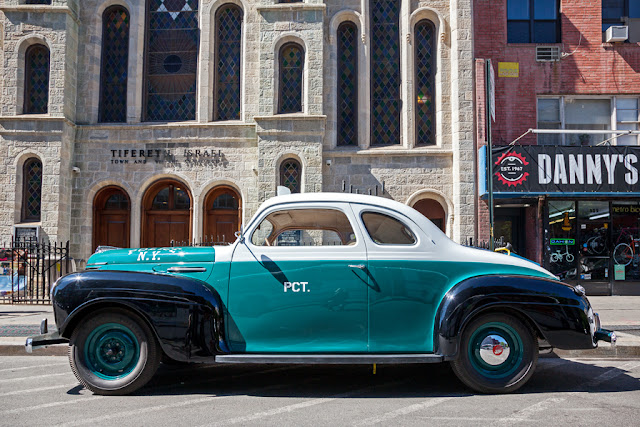 Posted by James and Karla Murray at 7:36 AM