Peter’s Grocery Store was in business from 1947- 2011. The storefront and sign are original. At the time of the interview in 2004 it was run by the second-generation owner, Pete Migliorini.

"My father opened this store when the neighborhood was mostly Irish with some Italians and Polish immigrants. Over the years, the area has become a lot less residential. Many of the apartment buildings have been demolished and/or converted into office towers. I still have some customers that live around here and come in to shop for groceries but most of my business has shifted to office workers on break from their job. I’ve been working here since I was a kid and have seen many of my old-time customers grow up and have become friends with many of them. I’ll even sign for their packages from U.P.S. when they are not home to get them. The delivery guy knows to just leave their stuff with me and that I’ll give it to them the next time they stop in the store for something. My family owns this building so I don’t have to worry about rent or anything. That’s why I’m probably still in business. If I had to pay the going rental rate around here, I’d never survive."

Image and interview with Peter Migliorini, second-generation owner of Peter’s Grocery Store, from our book STORE FRONT: The Disappearing Face of New York. 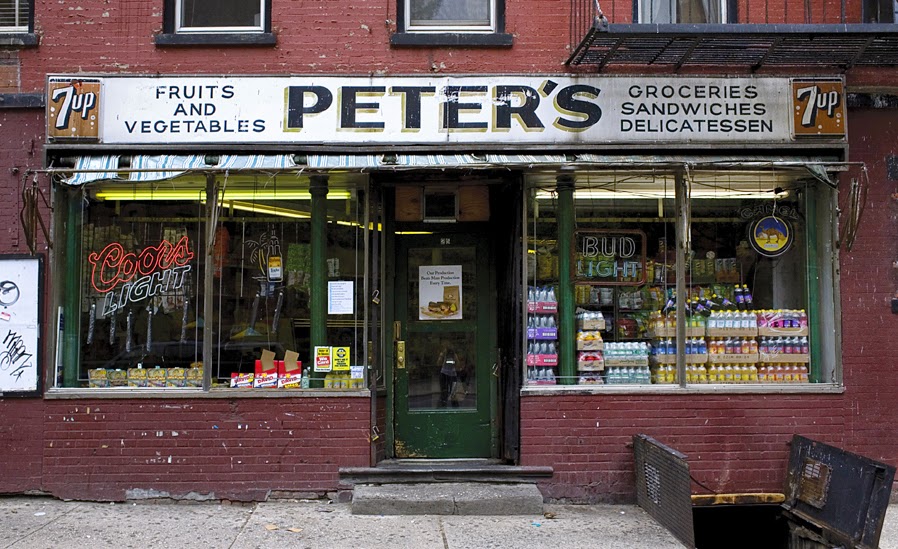 Posted by James and Karla Murray at 8:29 AM