"Paskesz Kosher Candies was founded in 1954 by Lazar Paskesz, a Hungarian immigrant. His father, Anshel Paskesz introduced him to the candy and citrus fruit business in Mako, Hungary. After moving to New York in 1954 with his wife, three children and no means, he discussed his situation with Rabbi Teitelbaum of Satmar, who suggested he open a candy business. He opened his first store in East New York and later moved to a larger location in Borough Park. Paskesz Candy marketed the first kosher chewing gum in the 1960s. In addition to their domestic line of kosher candies and confectionery, they sell and import products from all over the world. Their Borough Park retail location closed in 2010."

(Text and photo from STORE FRONT: The Disappearing Face of New York) 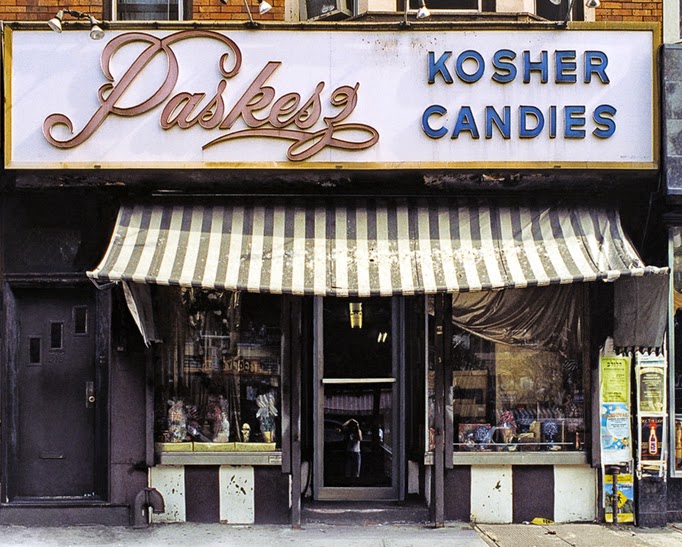 Posted by James and Karla Murray at 7:48 AM