"Fanelli Café is one of the oldest eating and drinking establishment in New York City, dating back to 1847. It began as a “grocery store” which basically was a liquor store and evolved into a corner saloon. After 1863, it was rented to Charles Bullard as a saloon where liquor and beer were sold. Owners changed hands a few times until 1878 when Nicholas Gerdes took over and ran the salon until 1902. Nicolas Gerdes inscribed his name on the transom over the front door and his saloon licenses still decorate the dining room wall to this day. From 1905 to 1922, Harry Green and his family ran the Price Café on the premises. Michael Fanelli, a retired boxer took over the café in 1922 and renamed it Fanelli Café. Old boxing photos still hang on the wall behind the bar. Fanellis operated as a speakeasy during Prohibition until 1933. The Fanelli family sold the business to the Hans Noe in 1982."(Text and photo from our book NEW YORK NIGHTS.) 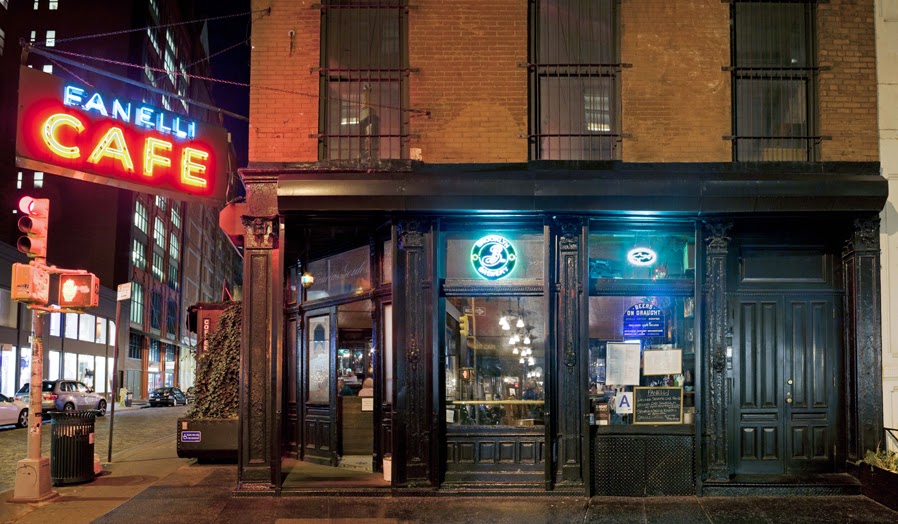