"New York Nights, just like its predecessor, remains first and foremost a book about relations- relations between building and street, store and neighborhood, community and customer, proprietor and family."
David Guss, Chair of the Department of Anthropology at Tufts University where he has taught since 1991. 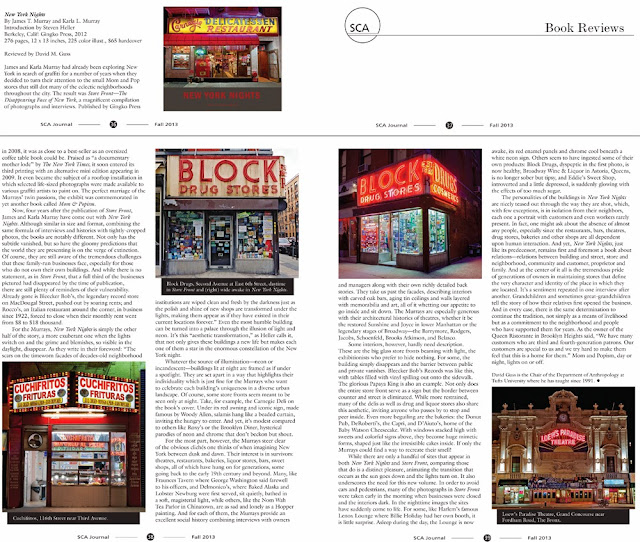 NEW YORK NIGHTS is a neon-soaked celebration of the nocturnal institutions that keep the city that never sleeps awake, satiated and comfortably numb.
Mark Lamster The New York Times

The Murray’s, who gave us the enchanting Store Front, a daylight look at dozens of mom & pop storesacross the five boroughs, have returned with New York Nights. But please don’t think of this as the noir version of their first book. It’s more like the Through the Looking Glass companion to Alice’s Adventures in Wonderland. Gotham at night for the Murrays is pure enchantment.
Malcolm Jones Newsweek/The Daily Beast
Posted by James and Karla Murray at 7:14 AM