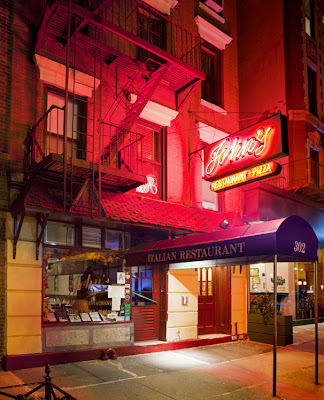 Our interview with Nick Sitnycky in 2011, co-owner of John’s Italian Restaurant also appears in the book.

"This restaurant has an interesting history in that it operated as a speakeasy during Prohibition. The back room did not exist at that time because the building ended before the back room began and the kitchen was located where the front booth tables are now. The back room was actually the back yard of the building. John erected a trap door located on the side of a 1919 General Electric refrigerator that we still use today to keep our wine and beer cold. The trap door led to the 2nd floor of the building where his patrons would drink Mama John’s homemade hooch out of espresso cups.

This neighborhood has obviously changed a great deal since we took over the restaurant but we have a loyal clientele who have been coming here for years. People know about us because we have been here for 103 years and there are not too many places that can say that. Our chef has been with us for all the 38 years that we have owned the restaurant and our 2nd chef has been here for 30 years. Many of the servers have a lot of tenure too. This definitely has been integral to the restaurant. When we are ready to retire, we are not sure who will take over the business because neither of us have any children." 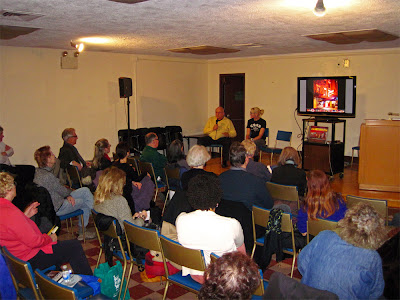 The co- owner of John's of 12th Street, Mike Alpert R.I.P., joined our panel discussion at The Greenwich Village Society of Historic Preservation on March 19th 2013 at The Hudson Park Branch Library located at 66 Leroy Street and shed light on the restaurant's history and struggles it faces. He was particularly animated about the city's inspections of his restaurant and their lack of understanding of the business. 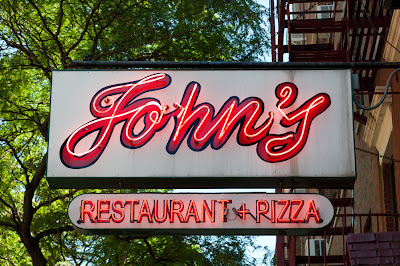 Here's EV GRIEVE's post on the sale and an interview with the new owner:
http://evgrieve.com/2013/12/about-new-ownership-for-105-year-old.html

Posted by James and Karla Murray at 6:59 AM