We are huge fans of #typography and #lettering styles and this is one of the main reasons, we started looking at and documenting storefronts in the late 1990s...we were attracted to their signage including #neon signs and hand-painted signs. Bay Lighting in Borough Park, Brooklyn definitely attracted our eyes 👀 as it had a fantastic #neonsign in #script. This lighting store was founded in 1937 by Stewart Marks and when we took this #analog photo in 2004 for our book, “Store Front: The Disappearing Face of New York”, the second-generation owner, David, told us that the signage was installed in the early 1940s. We wonder if the signage was saved as the #storefront closed a number of years ago. 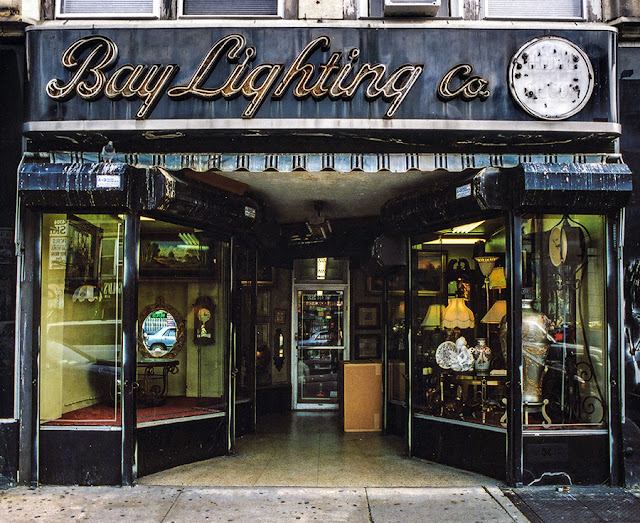 Posted by James and Karla Murray at 10:00 AM