It is with heavy hearts that we are posting our photo of Shopsin’s inside the Essex Street Market in the Lower East Side as we learned that the founder, Kenny Shopsin passed away

Shopsin’s was founded as a general store in 1973 but morphed into a diner as was known for its huge menu including many strange pancake flavors🥞 options including Mac & Cheese pancakes and its infamous customer rules including no tables with more than 4 people dining together and no two people at the same table ordering the same menu item. R.I.P. Kenny Shopsin. 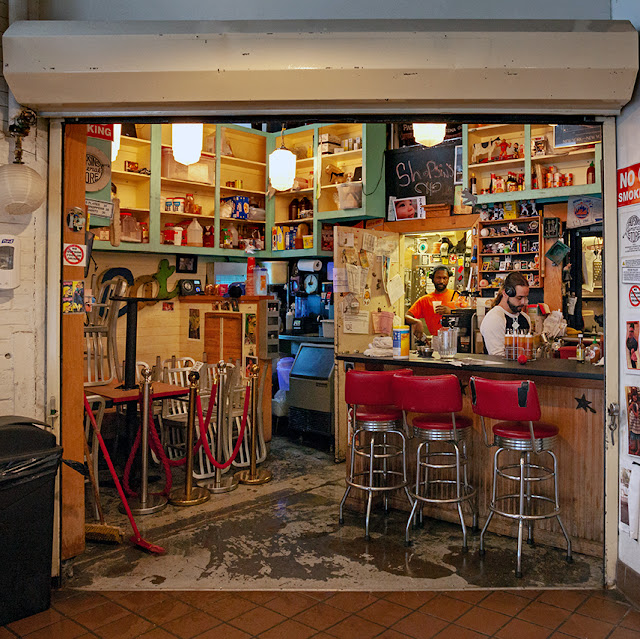 Posted by James and Karla Murray at 5:52 AM