Thank you to all who joined us yesterday for our "Mom-and-Pops of the LES" walking tour for Untapped Cities!

We were lucky to be joined by Michelle Miles, owner of Daredevil Tattoo, one of the shops we visited! We can’t thank Michelle and all of our supporters enough.

Dare Devil Tattoo in the Lower East Side was founded by Michelle Myles and Brad Fink in 1997, which is the very same year, the art form of #tatooing was legalized in New York City. @daredeviltattoo was forced after a 50% rent increase to leave their original location on Ludlow Street, (which we photographed in 2004 for our book “Store Front: The Disappearing Face of New York”). Their new #tattoo shop location on Division Street as seen in this photo, is steps away from Seward Park and also functions as a museum of Tattooing and Tattoo culture. 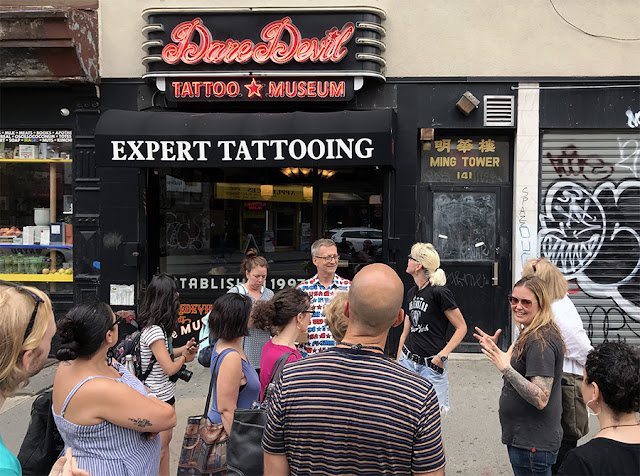 Posted by James and Karla Murray at 7:19 AM