Vitaphone was a sound film system used for feature films from 1926 to 1931 and was the last major #analog sound-on-disc system that was widely used as well as commercially successful. The soundtrack was not printed on the film itself, but issued separately on phonograph records. Interestingly, the phonograph records were made after the film and synchronized to it because the actors had to stand so close to the phonograph that they couldn't pose for the camera 🎥. The discs, recorded at 33 1/3 rpm were played on a turntable physically coupled to the projector motor while the film was being projected. To see more of our behind the scenes photos from our visit with 6sqft: https://www.6sqft.com/behind-the-scenes-at-the-loews-jersey-city-how-a-1929-wonder-theatre-was-brought-back-to-life/ 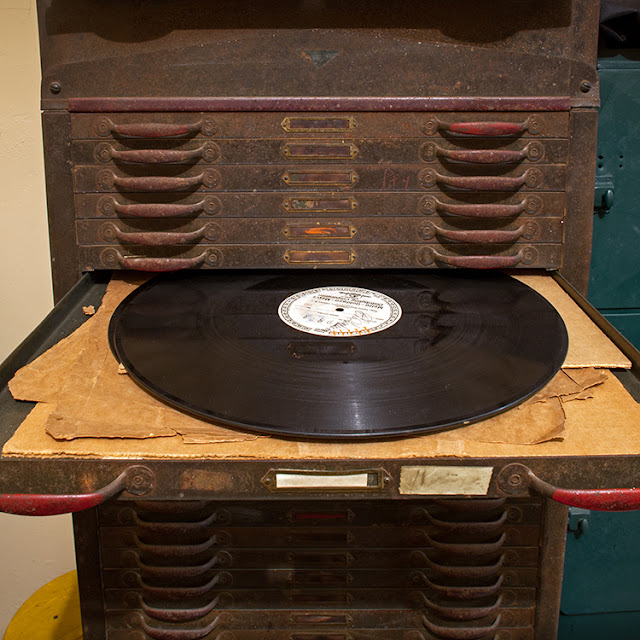 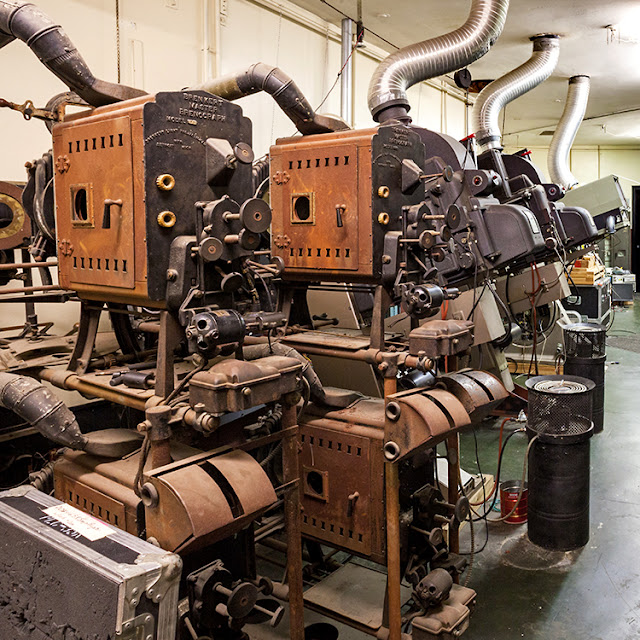 Posted by James and Karla Murray at 7:45 AM